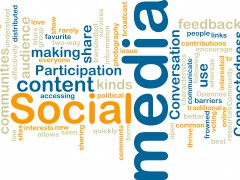 In the so-called transition to democracy, where thousands of digital activists lay on one side and millions of virtually illiterate citizens on the other, are knowledge gaps standing in the way of change?

Despite being on the lower end of the digital divide, the Arab world hosted new media proliferation in the 1990s, and social media platforms ultimately became a catalyst for a series of popular uprisings in the region. Still, a digital divide exists within Arab countries today. Social media may have helped organize and cover revolutions, but the role of the Internet in facilitating Arab democracy is overestimated for a crucial reason; Internet penetration remains staggeringly low in the Arab world.

Digital activists helped to assembled civic action throughout the series of Arab uprisings that kicked off in Tunisia, followed by Egypt’s revolution, with ripples of change felt across the region, in Syria, Libya, Yemen, and Bahrain. While online platforms may be given credit for supporting the activist community across the Arab world, the discrepancy between such tech-savvy youth and the rest of the public cannot be overestimated. Social media may be enough to ignite change, but not necessarily enough to sustain it.

Controlling media content has been a cornerstone of Arab dictatorships in recent decades. Control what they watch, read, and listen to, and you control their minds. Censorship, prosecution of journalists and termination of licenses have been commonplace within Arab media frameworks.

The goal: to rule out the opposition and minimize dissent. But even the likes of Mubarak and Assad could not escape the inevitability of proliferating alternative media. Satellite TV and the rise of Internet platforms shattered the monopoly of the state over media consumptions in the Arab world, thus allowing space for dissent to grow.

Yet, sizable chunks of Arab citizens have no choice but to watch government-prepared, or at the very least, government-censored media. A knowledge gap emerges, between the educated and the illiterate, the elite and the underprivileged; and it is the tech-savvy youth who are at the forefront of the fight for freedom.

New technologies have the power to dramatically widen or further narrow the knowledge gap; cyber-activism in the Arab world has exemplified both. Initially, the explosion of the Arab blogosphere in the early 21st century widened the knowledge gap between those exposed to state media and those who sought out or disseminated information online. Then, the series of uprisings across the region saw people increasingly convening online and collaborating in offline action. Citizen journalists and activists, who were reporting on the events and bringing information to their fellow citizens and Arab audiences at large, bridged the knowledge gap, if only for the duration of the uprising itself.

The proliferation of online activism in recent years had not been matched by a change in the stagnant political landscape. There was a gap between a booming online landscape, where activists worked to expose the regime’s corruption, and the offline arena, where opposition parties remained stifled and ineffective. It has been theorized that Arab dictatorships have extended the margin of freedom online and in opposition press as a substitute to concrete reforms, confident that the knowledge gap will keep online activism from infecting the streets.

Yet eventually, digital activism and political upheaval collaborated and led to palpable change. Despite being on the lower end of the digital divide, the Arab world hosted new media proliferation in the 1990s, which expanded the media consumption of Arab citizens and eventually led to civic action. Youth across the Arab world dominated Internet use, and it is no surprise that they eventually became the driving force behind political reform.

But the knowledge gap is clearly present today, and the digital divide still plagues media systems. Citizens without access to alternative media source are susceptible to control, and find difficulty in forming their own opinions or political stances, which is necessary for adequate citizen participation, characteristic of democracy.

In a region where illiteracy rates are astoundingly high, not to mention media illiteracy, media reform will take time. Ultimately, real change only takes place offline, as has been demonstrated in this year’s successive uprisings. For that, digital activists must not limit their action to cyberspace. Citizen journalists have a responsibility to help bridge the knowledge gap, through contributing to the creation of free media systems.