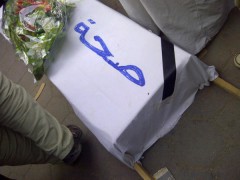 The content package of this post relates to the “Death Threat,” and addresses non-communicable diseases. The one I want to speak about is poverty. Because all the other NCDs  you can think of — like obesity, cancer, etc. — are just a consequence of pandemic poverty. Pandemic poverty is an incurable pathogen, and its chronic infection causes an infuriating amount of disorders.

When I started following the Egyptian doctors strike, the first thing that came to mind was to wonder how viral it would go. The working conditions of medical practitioners in Egypt provoke a kind of trauma. Generously, the government spends 5.7% of its total budget on health (many countries spend 15%). This inevitably means that if people want access to healthcare, they have to pay out of their own pockets. Which they do. A lot.

Health practitioners work in poor conditions in many countries the world over, not only in the so-called ‘developing world’. Their salaries are a mockery. In Egypt, all these conditions have coalesced for decades: the current healthcare sector is the legacy of the former potentate and the current President Morsi is watching it collapse. Intensive care units are underequipped or just too thin on the ground, forcing ambulances to rush around for hours to find a unit that can take their emergency.

“The Health Trial”. When you end up in a coffin, one thing is sure: your condition has never been worse. Image from ‏@RanaMuhTaha on Twitter

If you decide to study medicine, you will have the chance to benefit from poor training conditions, and encounter harassment or ritual hazing as, for instance, aspiring women doctors do when taking up an obstetrician internship. If you are thick-skinned enough to successfully graduate, you have further bright choices: to work in the public sector, to make it perhaps to the private sector, or to go abroad. By some miracle, you can even end up being appointed by one of the university hospitals where the good effects of such a career move will be shown in the blooming condition of your bank account.

For all these reasons Egyptian doctors and other medical practitioners went on strike. They have the temerity to demand an increase in the state budget allocated to healthcare and better management. A situation where not only intensive care is struggling, but regular hospitals also suffer from a lack of bedding clearly means there is a problem. And doctors are also asking for better pay. Yes, they do make inconveniently high amounts of money: around 100 USD maximum a month for a physician in the public sector and less than half of that for a public sector nurse. While striking, the medics do ensure that urgent medical care is provided. Even so, a large part of the media and the government still attempt to demonize the strike.

Beyond the dramatically bad state of funding, infrastructure and care provided, there is something else even more disturbing: angry patients assaulting medical staff out of sheer desperation. It sounds totally delirious, but there are several hundreds of cases in Cairo alone where patients have resorted to physical violence against hospital staff. Is it all that difficult to imagine why this happens?

This is actually where the shoe pinches. Misdiagnosis, painfully long waiting times, and the frequent occurence of unnecessary deaths are all  systematically seen as the fault of the doctors whether or not this is true.  Increasing the number of guards protecting the hospital is not the solution: it does nothing to improve the faith people have in their doctors.

Generally, we ask ‘whose fault is it after all?’ Whoever’s fault it is, someone needs to step forward and take the blame. Doctors for not doing their job properly or for referring patients to their private practices which most people cannot afford? Who indeed should be blamed for not providing the appropriate conditions for doctors to acquire the knowledge and skills they need to carry out their duties? Who should be blamed for the improper treatment meted out to patients and for the social stigma they endure as a consequence?

The other day, the striking doctors staged a mock funeral of the health system. Thus far, it is still only mock.