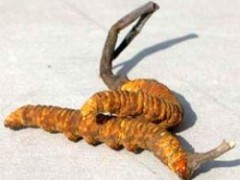 In 1998 Norman Myers, a British environmentalist specializing in biodiversity, ranked Bhutan as one of the top ten biodiversity hotspots in the world. This was because:

ii) with about 60 percent of the country covered by  forests, the country’s eco-system was bound to thrive. Protecting forest cover had been a deliberate policy of the Bhutanese government since the 1960s but in 1995 most of these protected areas were converted to national parks. Today there are 5 such parks, 3 wildlife sanctuaries and one strict nature reserve accounting for almost 26 percent of the total land area of the country. In 1999, based on a field survey conducted by WWF (World Wildlife Fund), another 9 percent was added, forming 12 biological corridors which link the protected areas to each other. These corridors connect the parks and reserves for many exotic and endangered species like tigers, snow leopards, elephants, and langurs so that they can carry out their seasonal movements and hunt for prey with no disturbance from humans.

Being naturally endowed with Mother Nature’s bounty is a great blessing. Add to this a small population and you can see why Bhutan’s environment has been kept largely intact and in pristine condition. However, even though conditions are good inside Bhutan, the increasing human population within and outside its borders, and people’s search for alternative means of income has put great pressure on resources and the environment.

Forget  trees and minerals, even  a small but exotic organism like the Cordyceps faces the same threat. The Cordyceps, is a small fungi plant that grows out of the body of a caterpillar or its larva and is found only in the northern Alpine regions of Bhutan. This exotic worm/fungi, said to be the result of a unique parasitic relationship  between the larva of the Himalayan bat moth and the ascomycetes fungi, is in great demand by the Chinese who prize it  for its medicinal content and consider it to be  an aphrodisiac. This freak of a plant/fungi sprouts from the body of a caterpillar which lives burrowed in the earth, while the plant finds its way above the surface of the earth. Called Yartsa Goenbu (summer grass winter worm) in Dzongkha and Tibetan, this fungi grows at altitudes of over 14000 ft above sea level in the regions bordering Tibet. Some say that the fungi sprouts out of the body of the dead caterpillar while others believe  that its growth occurs while the larva is still alive. People who wish to pick the fungi observe the ground and when they see a slight movement in the grass they know that it is the Yartsa Goenbu.

The Yartsa Goenbu was in such great demand by the Chinese, that at one point illegal trade and poaching by people from across the border cost the Bhutanese people dearly. It is said that a kilogram of this larva/fungi fetches about a $1000 in China and Hong Kong. But since the Bhutanese government prohibited mass harvest of the fungi  to protect the ecosystem in the high Alpine regions, the upshot was that the Bhutanese lost out  to the poachers who illegally crossed the border, harvested as much as they could of the fungi and made off with the goods.

In 2004, the King of Bhutan, seeing that this was costing the Bhutanese people immensely, decided to open up the harvest to the Bhutanese. Today there is such a high demand for the Cordycepsthat harvesting has turned into an extremely lucrative business. While this has been good for the yak-herders, who basically have no other form of income except their cattle, the annual harvesting trend can lead to overharvesting, posing a threat to the continued existence of this exotic worm and seriously  damaging the fragile Alpine ecosystem. It has also led to various clashes between the people and  illegal traders because the area of harvest is in the wilderness.

Even the farmers and nomads of the Alpine region worry about the  delicate balance. “As long as it’s not overharvested, Layaps (Nomads) will keep minting money,” said one of the Layaps Tenzing people to the national newspaper. He noted that the money had changed the lifestyle of almost every nomad. Layaps, he said, were hardworking people, “They’re tough and they know the value of every penny and grain” .

But the village chief warned that the cash from the Cordyceps could make the Layaps lazy. “We’ve survived for generations rearing livestock. We shouldn’t be complacent and we can’t depend on Yartsa Goenbu all the time. Rules could change. Anything could happen,” he said. And perhaps it is these words of caution from this village chief in a remote village in the mountains of Bhutan that should be heeded by humans everywhere. Nature can only give  so much and to simply take without thinking of the consequences for tomorrow is ignoring the fact that nature’s rules could change tomorrow.