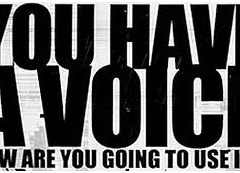 Governments worldwide are trying to introduce legislation for cyber censorship, curbing the privacy of internet users. And it’s no different here in Pakistan. In fact the government of Pakistan is way ahead of many others when it comes to escalating internet censorship in the name of “national security”.

A division of the Ministry of Information, the National ICT  R&D Fund, has published a Request for Proposals for a National URL Filtering and Blocking System. This proposal seeks to build a central database that would monitor URLs and handle a “block list”  of over 50 million “undesirable” URLs.

At present if the government wants to ban any site it sends notice to that site’s Internet Service Provider (ISP) but with this system, when realized, the government will be able to shut down any site it wants without recourse to any intermediary and for whatever reason it sees fit.

With its Request for Proposals, the current democratic government of Pakistan is actually following the footsteps of those totalitarian regimes that block the highways of global connectivity for their citizens for their own spurious reasons. The Great Firewall of China operated by Ministry of Public Security China is one prime example. And Pakistan as the “higher than mountains, deeper than oceans” friend of China is only too proud to mimic China whenever possible for the benefit of the government or army.

The Request for Proposals claims that “Internet access in Pakistan is mostly unrestricted and unfiltered” and goes on to demonstrate the need of central blocking mechanism:

“The Internet Service Providers (ISPs) and backbone providers have currently deployed manual URL filtering and blocking mechanism in order to block the specific URLs containing undesirable content as notified by PTA from time to time.

This is not the first time that some sort of internet ban is being proposed in Pakistan; we have a long history of cyber censorship. The Pakistan Telecom Authority (PTA) blocked thousands of websites in 2007 in response to the Supreme Court’s order for “banning blasphemous” sites. In 2008, PTA blocked Youtube after the site hosted “Fitna”, the film by Geert Wilder.

Then, in May 2010 courts in Pakistan gave the government orders to ban the social networking site Facebook after some user started the controversial contest “Let’s Draw Muhammad”. Netizens of Pakistan had to use proxies to reach to their favorite social media site.

Recently, in November last year, PTA sent a notice to all cell phone companies to block some 1,600 terms and phrases deemed to be obscene from text messages or they would face stringent legal action. The directive wasn’t only hegemonic and unconstitutional but also supported the culture of moral policing in the country.

As can be seen, most such moves draw on the same tired old indefensible excuses of religious moral policing, the danger of terrorism and national security to justify themselves. The mass of the people become a puppet when the name of religion is invoked. Countrywide protests about the drawing competition moved the courts to take the decision to ban Facebook in May 2010 and now the blanket ban of URLs has the front banner claiming to ban pornographic sites “for the sake of our next generation”.

This seems to be the general reason but once it’s started who knows which sites we will be “allowed” to browse and which sites will be banned. As in China it could well be any site that carries the slightest criticism of  the government or army. The envisaged plan with the capacity to block 50 million URLs with a delay no longer than one millisecond is not only deeply worrying but also indicative of the scalability of the government’s plans.

Information and communication technology is the driving force of today’s world. Rather than impinging on citizens’ privacy, the government of Pakistan should focus on training people in digital security to enable them to protect themselves and their children. Religious and cultural intolerance can only be increased by cutting people’s access to communication with the rest of the world. Enriching inter-cultural, inter-ethnic programmes and investing taxpayer’s money in basic education and health will give us much better long-term results. Banning what it deems to be “pornographic” sites only shows that the government considers the people to be infantile, vulnerable and stupid.