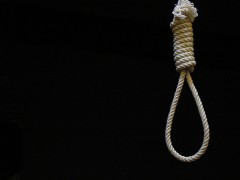 For people in the Western world non-communicable diseases (NCDs) are a kind of lethal threat because they have begun to realize the seriousness of their impact and embark on preventive measures. But in my part of the world they’re more like a death sentence because they’re not even the subject of debate or talk for our policymakers who remain sublimely unconcerned about them. Most third worlders are indifferent to the threat non-communicable diseases bring with them because they already have bigger troubles to deal with.

Only last year the statistics in the WHO report on NCDs made headlines in Pakistan and sent alarms bells ringing throughout the country. This report highlighted the level of damage non-communicable diseases cause and showed that they are widely prevalent not just in Pakistan but throughout all of South Asia. Yet they are all diseases which are linked by common factors and which could be prevented with cost-effective intervention on the part of policymakers and public health planning authorities.

Consequently, the lack of proper planning and healthcare on the part of the authorities commensurate with the magnitude of the problem means that an NCD is tantamount to a death sentence for most sufferers who must bear the brunt of the authorities’ inaction.

It’s no secret that various heart diseases, diabetes, strokes and many types of cancer and chronic lung disease are even more dangerous killers than the more publicized ones with scary names such as HIV and tuberculoses. Another shocking fact for most of people in my part of the world is that these diseases are the main cause of death and disability in the adult population -not to mention the enormous economic burden and financial pressure patients and their families have to endure. Even so, such widespread suffering doesn’t always move public health planners – and especially public health planners in Pakistan – because apparently they already have a great deal else on their plates.

The outlook wasn’t always so grim. There have been attempts made in Pakistan to improve the situation through strategic collaboration between civil society and non governmental organizations. Their efforts have even been acknowledged by global bodies such as the World Bank. However, there hasn’t been any consistent implementation mainly because non-communicable diseases have never formed part of official health policy in Pakistan.

On top of this we also have the immense economic burden caused by untreated NCDs. Patients, their families and the economy in general will remain under strain until such diseases are fully treated. They deserve better. The governments of Pakistan and other developing countries should have exclusive responsibility in this regard because the huge economic burden caused by NCDs is simply not affordable, especially for the developing parts of the world. However, given the vast number of other serious problems such as corruption and political crises that developing countries are having to face, hopes that the NCD issue will be given the attention it so desperately deserves seem to be fading fast.

Forget about implementation of any on-the-ground measures, this alarming situation hasn’t even figured in the discussions and agendas of the health planning commissions in the country. Such a lack of attention to such serious diseases puts paid to any hope for the people and families suffering from them, and turns what could be a treatable disease into a death sentence.