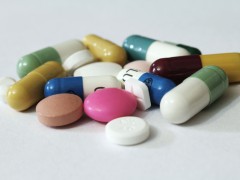 The aftermath of the civil war has left Sri Lanka recuperating, rebuilding and restructuring and while healthcare occupies a fairly prominent place on the government’s agenda, there is still everything to do in terms of the quality of the drug supply. This island country is prone to natural disasters and the heavy rains last month with their flooding and landslides have affected several thousand people. Bad weather conditions are likely to exacerbate the vulnerability of Sri Lanka, especially in the poorer northern and eastern regions.

The flooding stranded more than 447,000 people and displaced close to 50,000, according to the government’s Disaster Management Centre (DMC).  Given the frequency of such natural disasters, a special focus on healthcare, sanitation and nutrition is imperative. While people are returning to their homes in some areas, most of those affected are still taking refuge in makeshift camps without adequate food, clean water, medicine and sanitary facilities. “The medicine we receive is substandard,” says a resident of Kilinochchi, in the Northern Province of Sri Lanka. The Ministry of Health has come in for much bad press for its failure to provide good quality medicines in the country. A study by Transparency International rates Sri Lanka’s healthcare system as the country’s most corrupt system after education. The Sri Lanka Pharmaceutical Corporation (SPC) is responsible for buying medicines for the Ministry of Health through a call for tender process. The government of Sri Lanka spends more than Rs.17 billion (2001) on drug imports. Nearly all imported drugs come from neighbouring India, and even though Sri Lanka acquires them through a fair tender process, there are still discrepancies. Tenders are often awarded to the lowest bidder presenting samples that pass inspection. Yet the lowest bid does not always translate into the best quality medicines.

Once the drugs are purchased, two screenings are supposed to take place, one when the drug shipment reaches Sri Lanka and the other when the drugs are distributed across the island. Although Sri Lankan law requires that the manufacture of drugs meets World Health Organization ‘Good Manufacture Practices (WHO-GMP) by showing some form of documentation, the law makes no provision to verify these documents. What’s more, given the level of corruption, these documents can easily be forged and drug storage conditions in Sri Lanka are bad. “Medicines are often stolen from storage facilities and resold, and sometimes the drugs are even contaminated. Sri Lankan laws governing these practices need to be amended to reflect the current context,” explains Krishna K, a medical officer in Kilinochchi. Lack of funding is often cited as the reason for the lack of proper testing and storage facilities to ensure maintainance of the quality of medicines.

Recently, after a piece of silver glass was found in a vial of the injectable antibiotic Cloxacillin at Kalubowila hospital, the Health Ministry banned the use of this drug manufactured in India. Yet this is no isolated incident. The Health Minister, Maithripala Sirisena, ordered an immediate inquiry into the incident and called for revision of the qualifying process for manufacturers.

While the Sri Lanka Pharmaceutical Chambers (SLPC) that represent private pharmaceutical drug importers are happy about the testing of imported drugs, they claim that it is the government which is flooding the market with low quality drugs. “The government imports drugs by calls for tender and chooses the lowest bidder who then brings in poor quality drugs to the country,” said SLPC Secretary Sanjeewa Senanayake who went on to emphasize that the government needs to chose companies based on stringent criteria including WHO or USA based certification.  He said that bending the rules results in all kinds of substandard drugs entering the market.

The people of Sri Lanka cannot look to the USA and UK for drugs as these are far more expensive. Hence they forced to settle for more cost-friendly options. However, there is still a pressing need to verify the procurement and disbursement of medical drugs, and the government of Sri Lanka should set up an independent committee to scrutinise acceptance procedures for pharmaceutical companies in the tender process, and also to benchmark subsequent testing to determine the quality of medicines distributed across the country. Cheap is not always best.