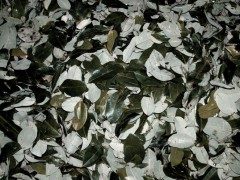 AT 4,000 metres above sea level, where the altitude causes even athletes to feel exhausted after a short walk, the city of El Alto, “The High”, is aptly named. Tourists who ascend its steep, winding roads chew handfuls of dry, green leaves from the native coca plant. However, in addition to providing relief from altitude sickness, coca also serves as the raw ingredient of cocaine. For this reason, coca leaves have created a tension that affects virtually all aspects of Bolivian life.

President Evo Morales’ solution is to develop industries for other coca-based products, such as shampoo and liquor. He makes the distinction simple: “Coca: yes. Cocaine: no.” Nevertheless, desperate economic dependence, along with the coca leaves’ cultural significance, means that while the first part of the slogan is unlikely to be opposed, Bolivians may likely continue to say “yes” to cocaine.

The social significance of coca leaves in traditional Andean culture cannot be overstated, since it plays a central role in many indigenous rituals. As part of a ceremony called hallpay, villagers celebrate community membership by preparing and sharing a k’intu – a bundle of coca leaves. Passed down from the Inca, this rite is a deep source of cultural pride for indigenous Bolivians. However, the UN currently considers coca an illegal narcotic on a parallel with heroin, and has called upon foreign governments to criminalise the growing of coca.

Over the past four decades, the US has offered billions of dollars in an effort to eradicate cocaine production Latin America as a whole, and particularly Bolivia. These projects met resistance in 2006 when Morales became the country’s first indigenous president: a testament to the growing political significance of the issues surrounding the indigenous community. It was in part the “Coca: yes. Cocaine: no” policy that contributed to Morales’ victory; a common slogan painted onto walls and sometimes also mountainsides is Coca o Muerte, “coca or death”.

Give Me Coca or Give Me Death

The EU has attempted to provide Bolivian farmers with financial incentives to farm crops such as pineapple instead of coca, but these measures have largely proved ineffective.  Bolivia’s poor infrastructure prevents many of the crops from ever reaching markets, and the low price of food in comparison with that of coca leaves has also contributed. In 2008, Morales, who was once a coca farmer himself, expelled the former US ambassador Philip Goldberg on suspictions of political conspiracy, and also promptly suspended the operations of the US Drug Enforcement Administration in Bolivia. Understandably, this had rather a chilling effect on relations between the US and Bolivia.

Both Morales and those administering US drug policy must treat the issue of cocaine in Bolivia carefully. The Bolivian president has displayed considerable political courage by resisting US pressure to halt the production of coca, firmly standing by his “Coca: yes” pledge. It remains to be seen whether he has the political muscle “Cocaine: no” demands, in order to tackle the violence and conflict inherent in cocaine production.

Sarah Inman is a member of Global21, a student network of international affairs magazines and a partner of FutureChallenges. A longer version of this article was first published in the Oxonian Globalist.