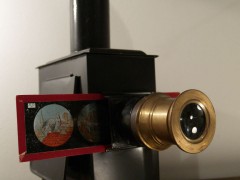 The digital era is transforming the way in which people consume cultural products. It’s not uncommon for younger consumers to have neither a television nor a radio because the internet meets all their cultural needs from streaming and downloading music to  television, movies, books and news on demand from anywhere in the world.

Beyond the well-known problems this seachange has posed for the entertainment industry, it has also left some governments struggling to protect cultural diversity. While the internet has the ability to increase access to, and facilitate the exchange of, cultural products across borders, it also erodes many protections and subsidies that governments have put in place to protect and promote local culture.

In France, where the government has long had a strong influence on what cultural content people consume and how they consume it, many argue that the digital era is undermining the governments’s ability to protect and promote its culture in the face of (American) hegemony. France has been the leading advocate of promoting cultural diversity in international trade talks. What this specifically translates into is treating cultural goods and services differently from other traded goods and services. While the US in particular considers cinema and the arts as industries no different from any other, the French argue that cultural goods are intrinsically different, encompassing identity and values that underpin society, with a worth that cannot be calibrated in commercial terms alone.

The French movie industry enjoys tax breaks and subsidies upwards of 1bn euros a year, financed by levies on television companies, telecom operators and cinemas. French radio and television stations must meet quotas for French content or face hefty fines. With the advent of new technologies, government support has also branched out into new industries such as video games and online content providers. Earlier this year, the zealous Minister for ‘Industrial Renewal’, Arnaud Montebourg, successfully led a charge to block the sale of the French video-sharing site Dailymotion. Supporters argue that such protectionism and support has been critical in maintaining the success of the French entertainment industry in the face of American cultural domination in Europe. Figures show, for instance, that while US culture has a strong presence, the French have also been able to maintain a relatively thriving movie industry.

Own diagram based on UNESCO – UIS.

Much of the current legislation in France and across Europe dates from the early 1990s, when negotiations over the GATT trade agreements, the multilateral agreement regulating international trade that was the predecessor of today’s WTO, helped flame local fears that the European cultural industry was threatened by American dominance. However, French policies designed to support and defend local French artists date back to the 1960s and were widely consolidated with the backing of Socialist President Francois Mitterrand in the 1980s, when the term ‘cultural exception’ was coined.

The launching of negotiations over the EU-US free trade agreement seems to have provoked a new frenzy in France as advocates of what has been dubbed French cultural exception argue that action is direly needed to adapt laws to the new digital era. Commissioned by the French President Francois Hollande shortly after he took office in 2012, the recently published Lescure report underlines that domination of the internet by a few global (mostly American) players “constitutes an immense threat to cultural diversity”. In a nutshell, large, international companies can bypass locally based operators, thereby delivering goods that are not subject to French regulation (quotas) or taxation (taxes levied that directly support the French cultural industry).

Many argue that this is eroding the impact of French protectionist measures. In response to this threat, France is now threatening to block trade negotiations if audio-visual services are not spared from liberalisation, i.e. cannot benefit from the same protective rules as traditional audio-visual services. By making this stand, the French hope to preserve national legislation that, among other things, allows for subsidies, tax breaks and a system of quotas. This exception would allow France to impose regulations on the digital economy and find new revenue streams to finance the country’s generous programme of subsidies. For example, the Lescure report recommends levying a 1% tax on tablets and smart phones.

While French policies designed to promote local culture have been successful judging by some anecdotal indicators, the task of continuing this support into the digital era is daunting. The internet is difficult to regulate and digital barriers are increasingly easy to circumvent for savvy Internet consumers. Furthermore, rising cultural giants such as India, China and Brazil can also be expected to make inroads into the cultural life of the West. In 2009, these three countries produced more feature films than the top 10 North American and European film producers combined.

Ironically, the globalisation of culture also means a wider audience for French cultural goods. Francophiles are loyal consumers the world over and the emerging world, particularly France’s cultural sphere in Africa, represents a huge market for French cultural products as a new middle class emerges with more and more disposable income. If the number of Chinese tourists making the trek to the City of Light every year (over one million!) is any indicator of Chinese interest in French culture, France should be able to cash in handsomely on the brisk demand for cultural products in a country where, on average, nine new screens open every day. Perhaps France should bet less on protection and more on promotion.