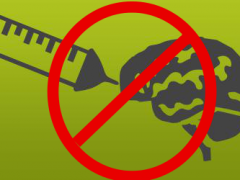 Loads of bits and gallons of ink have been spilled over the Arab Spring, the advent of the Muslim Brotherhood in Egypt, the Arab Winter, etc. Yet not much attention has been paid to education although it all boils down to education, as the general idea goes.

Education is igniting a brain to find and make its own knowledge. Image adapted by the author (CC-by 2.0)

Of course, you can assume I am just a regular westerner in her late twenties with a secure well-paid job just bashing around behind a mask of self-attributed cheeky maturity. You do have the right to be wrong all along the line. So, before someone starts asking what this rant has to do with education and Arab revolutions, let me put it plainly: a revolution is not only about politics, but also about how we produce our rulers.

I think we should avoid confiding our future to a school of mentally disturbed teachers. In other words, we need to rebuild education and focus the whole process on acquiring the ability to learn and unlearn. People are knowledgeable at any level of their lives, so teaching them what to think rather than how to think is a slap in the face.

Implementation of such an idea is, however, extremely complex and requires more than a little political goodwill. As a recent Guide to Egypt’s Challenges has starkly stated, illiteracy and drop-outs rates are critical — but even more alarming is the quality of education which is unadapted to employment and business markets. In Egypt, 15% of the population falls in the 15-24 age group [pdf] and makes up 30% of the working-age population. Yet this group also suffers the highest unemployment rate: yes, rebuilding education is vital. A committee of experts was established at the dawn of the revolution with the task of defining a fresh curriculum. With all due respect, how do you intend to rejuvenate old-fashioned programs by putting dusty minds to work? This is not a rhetorical question, but let’s proceed.

This committee suggested various changes such as encouraging use of computers in schools and investing more in science and research. A thoughtful article published in 2004 discussed Egypt’s “academic entrepreneurs” and the exciting array of initiatives to promote biotech research in the region. Back then, the hype was already strong for the Nile University, the very first non-profit private research university in the country and the region, “the kind of eye-catching initiative that Egypt’s government hopes will help it close the gap on countries with a more advanced R&D infrastructure”.

Nile University opened its doors in 2006. And the hype was not in vain: its rich applied research curriculum attracted many highly qualified students and professors and soon collaborations with foreign institutions blossomed. In June 2011, the first post-revolution budget was approved, and science was allocated a stunning 0.4% of GDP … Oh well, I am just badmouthing again: 0.4% of GDP is what fabulous scientific achievers like the Slovak Republic and Argentina spend, while Saudi Arabia invests a mere 0.1%. Irony aside, this was the double the funding in 2010, and the plan was to reach 2% of the GDP in 2015, which is ambitious but positive.

I support Nile University. Image by oskay on Flickr (CC-by 2.0)

Interestingly enough, bolstering Egypt’s science and research includes the dismantlement of Nile University, Egypt’s research jewel. After the revolution, many of the Mubarak-era decisions were overruled, and in 2011 the government reassigned Nile University’s lands and buildings to the Zewail City of Science and Technology, a veritable monster of pristine glass and steel.

Since then, it’s been dog eat dog. Nile University researchers were forced to quit their labs and rent other facilities, if available, elsewhere to work for a few hours. Although Zewail claims a deal to merge the two is in the making, there is no guarantee that Nile University will remain independent as it wants to. A lawsuit has been filed, negotiations engaged, and even a government offer was made to compensate Nile University for all its outlay in equipping the labs. But what do you want to do with this money with no place to invest it in?

Students elsewhere resume class, but those enrolled in Nile University are still banned from their alma mater by Zewail. On August 28, around 60 students and their professors staged a sit-in to protest the ban on using any of the buildings on campus. Meanwhile, a committee – yes, this is one of Egypt’s fortes – has been formed to address the crisis brewing between a megalomaniac science entity with no staff, no departments, and no curricula on the one hand and a bunch of insolent disobedient youngsters on the other, impertinent enough to want to acquire knowledge in the right conditions.