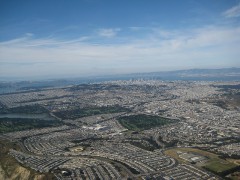 Urbanization is an essential and much discussed process in the modern world. It was in 2008 that the urban dwellers first made up one half of the overall world population. The percentage of the urban population reached 51% in 2011, and, for sure, this rise will continue unabated as time goes on.

The problem is that this quantitative approach to urbanization is far from the only one possible. The rural way of life in many towns & cities in the global South has been a topic that has raised much intense discussion. At the same time, the phenomenon of urban sprawl all over the world has been making more and more officially designated suburbs and rural areas look increasingly urban.

As developed states and developing nations are becoming urban in different ways, urban statistics cannot be illustrative of the changing urbanity of the world if they are considered without a qualitative insight into modern urbanity.  To discover what urbanization is like today we need to focus not on the percentages of the urban population, but on the urban way of life and changing urban communities.

It is urban space that makes the city different

I argue that one of the most important notions for describing modern urban change is urban space. Space has become an important theme in social sciences and philosophy over the past decades, and the term ‘spatial turn’ has been widely recognized. Urban space as a certain complex reality is something that distinguishes the urban from the rural. However, space as seen by contemporary geographers and urban theorists (such as Henri Lefebvre and Edward Soja) is not simply the sum of material landscapes.

Scholars distinguish at least three types of space: ‘real’ space (physical space like buildings, roads and other material objects), ‘imagined’  space(conceived by humans and constructed in our minds), and ‘real-and-imagined’ space (the lived space of representations or the  ‘thirdspace’ as Edward Soja calls it). Urban theorists try to focus on the thirdspace as lived in and used by local residents.

The point is to return to the qualitative vision of contemporary urbanization through the notion of lived space. According to Henri Lefebvre, the renowned French urban theorist, every society produces its own space, and our society’s space has been completely urbanized. Despite the fact that urbanization is far from being finalized, in “The Urban Revolution,” he argues that the modern society is ‘the urban society’ in terms of the space it creates. Urban space is different from the other two types of space (rural and industrial) distinguished by Lefebvre.

So what’s so different about the urban space? And who owns it?

Urban space is distinguished as differential, opposing the homogeneity and rational unity of the previous mode of space in industrial cities. It is a contradictory space as it is multi-layered, multi-vocal, multi-lived. This difference in space is closely linked to the difference in the societies that populate it. Urban space appear as an intertext , hypertext, a palimpsest of co-existing mutual references of multiple meanings all overwhelming the one and same geographical and temporal place-moment.

The question of great importance that emerges here is the following – whose space is this contradictory urban space?

Industrial space and industrial cities throughout the XXth century have been described in terms of power and state order. This was the ‘abstract space’ of state control over people who were aliens in it. Geopolitical visions of the world, widely discussed in XXth century, largely rooted both in German and later Anglo-American academic geopolitical traditions are all about the state-owned and state-governed images of space and place that have shaped the world for at least a century.

The differential space of urbanity is, on the contrary, the space produced by the local people themselves as actors in it. It is likely to be the space of democracy created and managed by its inhabitants. The ‘right to the city’ that Lefebvre describes is the right of urban dwellers to both participation and appropriation.

It is we, the local dwellers, who negotiate differentiation and thus (re)produce the urban space by our human potential which eludes state control. That is the point that makes urban space multiple and contradictory – it is no longer the state space and no longer the space of power.

How space changes governance mechanisms and social movements: some examples from across the world

Examples of urban action in the newly established and recognized urban space (as described above) are widely known internationally. These include the Arab Spring and the ‘Occupy Wall Street’ movement as the most widely known instances.

The anti-ACTA protests in Poland and Czech Republic, toegther with the Russian protest movements connected to the 2011 parliamentary elections and 2012 presidential election which contested them as being largely rigged seem to be the most well-known East European example of urban space/society in action.

Even so, the Russian events, already labeled as a ‘snow revolution’ are far from being the only sign of the urban revolution in Russia.

When I was told by a friend of mine, a St. Petersburg-based philosopher and publisher two years ago that protest was in the air, I argued that I didn’t feel the protest at that time. What I felt was an urban space emerging from below. This happened to be the space of “Arkhnadzor,” a movement in Moscow fighting to preserve the city’s architectural heritage and against the forced false reconstruction of historic buildings in the Russian capital. It also exemplified in St. Petersburg in the struggle against the “Okhta Centre” skyscraper just opposite the city’s historic sights. It was also the citizen initiative to fight forest fires as volunteers in the summer of 2010.

Finally, the urban revolution has turned out to be not only about democratic concerns and civic initiatives. The retailers in the largest cities have shaped the space more influentially and more noticeably than the city authorities have done since the late 1990s. It was clearly in response to this situation that the local food movement emerged in Russia, calling for the availability of ecologically sound, organically grown  local food in the biggest cities.

The large-scale (often illegal) migration of Central Asian workers to Moscow has resulted in these workers producing their own space, unseen and unwitnessed by the locals …

And there is an endless quantity of such hidden and then suddenly emerging spaces here and there, all around.

This is the endless urbanity that is  now tirelessly reproducing itself. This is the urbanity that shapes the world as it becomes totally urban. Paradoxically, we are far from understanding this urbanity (as it is endlessly multi-vocal), even though we all tend to live in it.