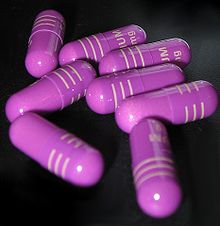 In his lead article, Death Threat, Daniel Kapellmann aptly indicated that, “NCDs (non-communicable diseases) are the main cause of death in most countries except for the African region”. This is a valid point because in Africa, the problem is not the disease; the problem is the drug!

It will be naïve to assume that Africa has no problems with non-communicable diseases. The issue though, lies at the heart of the healthcare system where reports have shown that about 30% of drugs on the markets of developing countries are counterfeit. That is the problem! With no recognizable or enforced trademark laws, porous borders and relaxed healthcare policing, scores of people in developing countries die each year from taking drugs they thought were authentic.

In June 2012, media outlets in Ghana have reported many health-related stories because of the government’s commitment to fight counterfeit drugs. Some of these stories have covered the donation of a mobile mini-lab by the Global Pharma Health Fund (GPHF) to the country’s ministry of health. This adds up to the 21 already in existence across the country. The device is useful for detecting which drugs are fake and has been deployed extensively by Ghana’s Food and Drugs Board (FDB). The FDB has been particularly concerned about fake malaria drugs that had previously flooded the markets and were fighting their own war against the war on malaria.

Today, the malaria surveillance programme is considered highly successful due to the vigilance of the board. The problem of counterfeit drugs has persisted for a long time and it is very easy to find many of these drugs being peddled on streets and in some pharmacy shops, sometimes being sold near fruit and vegetable stalls in grocery markets. The information on them confirms that many of the drugs come from China and India. At other times, no one can even read the prescription printed boldly in Chinese.

The effects on the end user are endless. After spending hard currency on purchasing what is at first thought to be good medicine, patients have to bear any consequences arising from the side effects of any active ingredients. This means that they have to pay more for treating complications resulting from taking drugs, which were intended in the first place to cure. Sometimes, their conditions worsen and they die! The Washington-based International Policy network, in 2011, reported on its site that an estimated 700,000 people die annually from the effects of counterfeit medicines.

African entrepreneurs are quickly adapting to help the fight against counterfeits. mPedigree, a technology-based platform where users are able to leverage mobile messaging to check authenticity of drugs, has been birthed in Ghana. The technology enables users to scratch labels off purchased medicines to reveal a code, text the revealed codes to a network number, and receive an instant reply telling if the drug is authentic or counterfeit.  mPedigree has been tested in a number of African countries and has won many awards globally for its innovation, low-tech and hands-on fight against fake drugs. The technology is powered by another Ghanaian-owned start-up, named Sproxil.

It is awkward but many developing countries are saddled with fighting both disease and drug and in the end, their populations die in equal measure from both. With the close linkage of the counterfeit drug business to the illegal drug trade, many pharmaceutical companies from producer countries as well as international policing organizations like Interpol have taken keen interest in stopping the distribution of counterfeit medicines. Interpol headlines these incidents on its site under a section titled Pharmaceutical Crimes. For the pharmacies, it also goes down to a case of economics where huge losses emanate from competition from fakes.

In the end, to stop the distribution of fake drugs, efforts must be combined from both private and public bodies, importers, technology innovators, and most importantly, the end users. Just one act of vigilance will add up a few years to the next patient’s life.