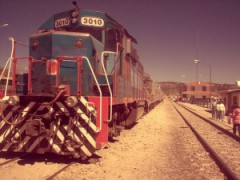 With the debate over international free trade agreements once again seeping into US political discussions (the US continues to negotiate both the Trans-Pacific Partnership (TPP) and the Transatlantic Trade and Investment Partnership (TTIP)), it has become lamentably apparent that the enemies of free trade are once again touting threadbare and silly arguments to justify the rejection of sound policies. One only need apply their well-worn arguments to domestic trade among the fifty American states to see how ridiculous they are when applied to international trade.

Most Americans have, for generations, never truly questioned the basic system that allows goods and services to flow across state borders, unencumbered by tariffs, taxes, or other measures that would protect local industries from rivals in other states. They have taken for granted a system of trade that operates, except in some key instances, without government restrictions. In a sense, it is a tacit acceptance of the principles of Adam Smith—it is sensible for farmers to farm in Kansas, oilmen to drill in Texas, and bankers to count money in New York City. This specialization allows each region to produce the goods and services that it is best equipped to supply. Trade among the many states allows all of us to have more affordable and available good and services.

Yet even without understanding the economics behind the system, most Americans accept it. It is intuitive; it just makes sense. It is rare that one hears arguments for protection of a state’s industry from the supposed pernicious affects of one in a “rival” state. Nobody makes noise to protect the Washington DC farmer (is there such a thing?) from cheaper producers in Kansas or the Wall Street of Minnesota from destructive bankers in New York. Yet, these arguments are wildly cast about when the announcements of an international trade deal hit the evening papers.

One only need look at probably the most protected American industry—health insurance—to gain a sense of the folly of the protectionist arguments. For all intents and purposes, it is illegal to sell health insurance across state lines. While cross-state trade is certainly not the only woe gripping US health insurance, it is clearly injurious. Each US state has its own health insurance industry, creating redundancies and additional costs. If one is to judge by the $8607.90 each American spends on healthcare every year (that’s the most in the world!), greater efficiencies would be a tremendous boon.

The American health insurance market is a prime example of what happens when the tenets of free trade are dismissed. Concomitantly, aside from the few exceptions such as health insurance, the United States’ domestic economy is a prime example of the successes of unfettered trade. It is analogous to the results that we would see on the international level if similar policies were adopted there.

It is time that the opponents of free trade get smart, and discard their hypocritical arguments. If they reject free international trade, then they should reject free domestic trade. If they can oppose the TTIP because of the harm free trade will bring to the environment, then nature should benefit if interstate free trade is rolled back. If they can lament NAFTA because it hurts labor, interstate trade restrictions should be expected to lower states’ unemployment rates. If free trade represents a loss of good jobs to India, they should be ready to celebrate a spike in coal mining employment when West Virginia prohibits the importation of Texan fuel. If America is hurt by cheap products from China, New York is clearly being injured by California.

Before the Civil War people would speak of the United States in the plural—the United States are a great nation. Nowadays, the country is spoken of in the singular—the United States is a great nation. We have, over the decades, ceased to think of the country as a union of fifty separate states and have, concurrently, accepted a system of free trade. For most, these have been positive developments. But many are unwilling—or unable—to apply this same logic to international trade. This short-sightedness is hypocritical and damaging. It is time that the enemies of free trade discard their backward thinking and realize that if such policies can work within a country then they’ll work among countries as well.