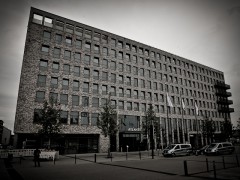 A perfect set-up for conspiracy theories, isn’t it?

Russian people adore conspiracy theories. And Russian state-controlled TV loves to feed the people with stories about freemasonry, global CIA conspiracies, the Bilderberg group (they say that the police break into your house even before you Google it), world government, etc.

It’s not just Russians. People who have grown up in the digital era adore conspiracy theories as well – in the Internet you can find all the evidence you want that 9/11 was an inside job, that TV in fact has a 25th frame, etc. In other words, there are lots of ways for digital people to remain entertained and live in a comfortable world of fantasies where conspiracy elitist groups possess super knowledge on the current planetary processes and, more importantly, possess super power to control those processes.

Fortunately (or in the case of conspiracy theorists, unfortunately), the reality is more complex. Neither is there a uniform group of benign superlords with absolute knowledge, nor is there the ability to apply any uniform global power to influence the planetary processes.

On the contrary. Today we witness uncontrollable global processes led by powerful actors that are driven by their egoistic goals or inner logic (like demography or internet-revolutions). Add here the lack of comprehensive systematic research on many issues and cultural diversity. Multiply by difficult history and economic disparities. Even SkyNet wouldn’t be able to control the human mess.

And here is where an event like GES comes in. Unlike political events where most participants are obsessed with their own goals, power struggle or PR image, the Global Economic Symposium participants share the belief that global development is not a zero-sum game. It is, probably, the only thing where reality and conspiracy theory meet – the participants have an agenda and a common belief for a better future.

It is a global (or at least partly global) marketplace of ideas, an arena where they compete and are exchanged. On each of the panels, whether they cover migration, cyber-security or the land-grab issue in Africa, several solutions were proposed. And it is absolutely not guaranteed that the solutions will be accepted. Very often one solution would contradict the others, or the panelists would find that all solutions proposed at the panel are impossible to implement.

The theory of planning divides all problems into 2 types: ‘tame’ (easily solved) and ‘wicked’ (difficult or impossible to solve because of incomplete, contradictory, and changing requirements that are often difficult to recognize).  Indeed, some problems discussed at GES are studied for decades and after sufficient experience in the field can be finally tamed. The majority of the global problems, however, are ‘wicked.’ And exactly this dictates that more  events like GES should take place.

Global solutions need global involvement. I speak here of a multi-stakeholder model (that involves representatives from all possible stakeholder groups). So far, GES is not fully multi-stakeholder. Neither structurally (civil society groups are heavily under-represented, as well as women in all panels except the one on gender inequality (sarcasm)) nor regionally.

The future belongs to everyone. Not to just privileged academicians, senior politicians and corporation representatives. If GES could come up with more inclusive model of participation, this could lead to proposals for new out-of-the-box ideas, better global cohesion (not only among the elites), and finally, to generally accepted solutions for ‘wicked’ problems.