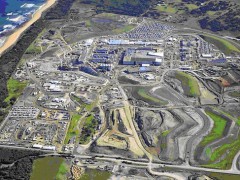 Water, or the lack of it, has been a prominent issue in the Australian state of Victoria for the last decade and a half. Year after year, as drought ravaged the south east of the continent Victorian dams dropped dramatically, falling below 30% three times.

This unprecedented dry spell necessitated some creative thinking by the successive state governments. Water restrictions, introduced in 2002, began at a macro level, with businesses, councils and organisations being limited in the amount of water they could use. As the drought worsened and water restrictions tightened, government advertising educated the public on steps they could take to conserve water. Citizens were encouraged, and then later required to, take shorter showers, wash their cars at car washes and collect rain water for their gardens. To aid the initiatives households were sent two minute egg timers for showers, encouraged to ‘dob in’ water wasters and offered rebates on rain water tanks. Schools and sporting clubs also became involved, with children, young people and adults all taking part in water saving projects and learning the importance of water conservation. Over time a strong culture of conservation grew, and with it Victorians’ realisation and respect of how precious water is.

In 2009, with no end in sight to the decade long drought, the Brumby government commissioned a desalination plant to be built in the coastal town of Wonthaggi. Upon completion it would supply 40% of Melbourne’s water in times of drought. In addition to the ‘desal’ plant $750 million was invested in the north-south pipeline, able to pump ten of billions of litres into Melbourne’s reservoirs.

Under construction: The Wonthaggi desalination plant

Unfortunately for the government, no sooner had contracts been signed and construction begun, than the heavens opened. In just over 12 months Victoria’s dams doubled in size and now sit comfortably in the mid 60% range. The drought is now all but officially over.

Both major projects have been financial and PR disasters for the now former state government. Wonthaggi residents have waged an endless campaign against the desal plant, there are doubts about the quality of water it will produce and construction is far behind schedule and way over budget; while the north-south pipeline has sat dormant since September 2010 because of the now adequate levels of Melbourne’s dams. In hindsight both major projects have seemingly been a tremendous waste of money and resources, although this is a short sighted view. While they have had, and continue to have, their share of problems, nobody can know when a drought will strike again.

Despite all this, the central message of water conservation has been effective. With dams now at comfortable levels and water restrictions eased, Victorians are still heeding the central message and using water wisely. Daily residential per capita consumption for 2010 /11 was 140 litres per day, below the target of 155 set the government at the height of the drought, and far less than half of the 330 litres per day in 2005 /06.