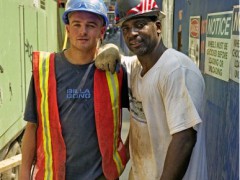 The migration of skilled professionals, or the brain drain as it is popularly known, is believed to impact negatively on the migrant’s home country. It usually involves the transfer of human capital important for economic growth from countries suffering from scarcity of resources or poor working conditions to countries enjoying relative abundance. It has been known in some other circles simply as Human Capital flight.

But over the years, African migrants have provided their home countries with a major source of much-needed income through remittances sent back to their families. These remittances are so significant that, in small countries like Lesotho, they make up about one quarter of GDP and up to a third of GDP in Cape Verde.

The potential for remittances to help provide alternative sources of currency to African countries is immense. The World Bank’s Sector Director in the Africa Financial and Private Sector Development Department, Ms. Marilou Uy, revealed in a World Bank blog that “Sub-Saharan Africa received almost $12 billion in remittances in 2007, and that was only the official figure. With “informal” flows added, the total amount could easily be double. Nigeria, Kenya, Sudan, Senegal, Uganda and South Africa received the highest volume of remittances.”

In 2010, just three years on, another World Bank report stated that 30 million Africans in the diaspora had remitted a colossal $40 billion to their families back home. This represents a massive increase on the 2007 figure which excluded North Africa. This figure is significant considering that a global economic recession was taking place at that time. Interestingly, the report goes on to say that only about half of Africa’s 54 countries are actually collecting any data on remittances so the actual figures could be far bigger than those quoted. The United Nation’s Rome-based International Fund for Agricultural Development (IFAD) breaks down remittances on a per-country base in this map.

So the question that remains is whether Africa has benefited or lost from the  brain drain. It is true that skilled migration can hamper development by reducing the supply of important services, thus reducing the potential for innovative and creative activities that are at the core of long-term growth and limiting contributions to the health of social, political, and economic institutions. Workers who are trained at public expense can also represent a substantial fiscal drain on the country of origin. However, these professionals have acted in no small way as economic ambassadors, and the money they continue to send is a substantial addition to the budgets of their home countries.

There is one advantage to human capital migration in that the remitted wages of migrants abroad create income multipliers in the forms of small businesses which aid the sustenance strategies of receiving households. The extra resources at the disposal of these households in turn make them agents of local and national development. The overall benefit is that an increasing number of overseas migrants in conjunction with hometown associations and investment groups are involved in transnational activities that help to integrate African countries with the global economy. Hundreds of small and medium scale factories, commercial businesses and agricultural enterprises have been established by returnees, initiating knowledge spillovers from migrants, employment opportunities, profits and supplements to the local and national tax base.

For as long as possibly foreseeable, Africa can keep counting on cash remittances to build capacity, strengthen institutions and improve livelihoods, both for the short and the long term. This may well cushion her from the effects of losing her human capital.