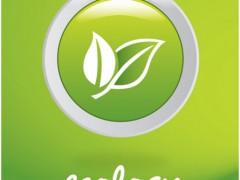 There is no discussion wherever we need to think about green energy – resources like gas or oil will finally run out and we will have to find some sort of substitute for them. The political and business elites cannot forget that people like logical solutions – if there is a problem there should also be a solution. Nowadays, however, we see that the situation is quite different.

My grandmother’s village in Polish Beskidy Mountains is an example of how green policy should be made on the social level. Every inhabitant of this lovely place has a choice – either to sort their waste or not to. If you choose the green way, you don’t have to pay for waste collection, special bags etc. Otherwise you do have to pay a fee to the municipality. And guess what, from what I can judge, it’s apparent that roughly 20 percent of the village population decided not to sort their trash. The others, duely rewarded, decided to go green.

Yet take a look at the Polish capital, Warsaw. Over the last 8 years I’ve lived in various districts of this city and no one ever gave me the chance to choose what I should do with the waste I produced. Of course, I could have been pro-ecology and sorted it on my own but I would still have to pay for the trash, no matter whether I sorted it or not. Sometimes there is even no chance in terms of logistics as there’s not enough space to store separate containers for paper, glass and organic garbage in the city center.

This is only one example of how people appreciate solutions that are invented to make their lives easier and cheaper at one and the same time. That’s why I daresay that democracy’s green challenge is to make such behavior grass-rooted, not political and connected to some virtual governmental or international body. The more environmental thinking penetrates the consciousness of each and every person the better results we will have in the future.

Nobody wants to be pushed to do something they don’t want to do, especially when it comes to financial matters. A few years ago, the Polish parliament passed a new law, regulating the circulation of non-biodegradable shopping bags. The aim of this regulation was noble yet it still ended in failure. The bags now in shops are called degradable or even biodegradable, but in fact they are almost the same plastic bags as before, with added chemical components.

The problem is that they are 4-5 times more expensive and can be degraded only under special conditions, basically in special composting units. If they are left to their own devices, they won’t degrade. A spokesperson for the Coalition for Ecological Packaging stated that standard plastic bags are more useful as they can be processed up to seven times. Reportedly, one of the major food stores in Poland could have earned PLN 15,000,000 (almost EUR 4,000,000) in 2008 only by selling eco bags. Customers may feel that they are ripped-off in a right green style by having to pay 4 times more for basically the same product.

Fortunately, people regulated this defective law by themselves. Instead of buying eco plastic bags they switched to linen bags that can be used as long as the material lasts – which is at least a few years – and all in all they are cheaper too. This is what counted the most.

As Artur Kacprzak mentioned in his article, Poland doesn’t have nuclear plants and this situation isn’t likely to change in the near future. Poland produces almost all its electricity (96 percent in 2008) from coal-fired power plants. During Communism coal-fired plants fed heavy industry, and so investing in more ecologic power sources was not even considered. After the fall of the Iron Curtain, the government started to invest in wind power. Even if it currently produces only 1 percent of the overall supply, this is still 10 times more than it was in 2006. If development continues at the same pace, Poland will reach Germany’s present level of wind energy in 30 years.

When that moment arrives, an EU leaked report predicts that 60 percent of all energy will be produced from wind and the prices of normal energy will increase by 100 percent. There is no logical explanation why wind energy will be much more expensive, as the costs of its production are not so high. Furthermore, Poland is literally sitting on massive deposits of coal and the whole energy sector depends on coal. If we are finally forced to switch to wind electricity, why doesn’t the EU force carbon filters on power plants which would result in higher prices for the end customer?

There’s a similar situation when it comes to the automobile industry – fully electric cars or hybrids are much more expensive for the end user than ordinary gas-fueled vehicles. Ireland wants to achieve 100 percent green cars in 2030, and until that moment electric cars will have exactly the same parameters as diesel ones. In a perfect world, the customer would buy those cars, not because others options are not available but because the product is better in itself – cheaper, more efficient and more environmentally friendly. Environmental awareness has become a trend in culture, lifestyle and food, and what usually happens with trends is that people earn money from them. But taking care cannot be just a trend, like being an emo or a hipster – it has to be cultivated by society as one of its fundamental values.

Ecology should have legal frameworks created by governments or international institutions, yet it also has to be user-friendly. For a vast number of people environmentalism means saving resources and using those which are for free. So why is contemporary environmentalism so expensive for ordinary people? Ecology is now at the tip of Maslow’s pyramid hierarchy of needs which means that before thinking about waste separation and biodegradable bags, people will think about basic needs like food, health or employment. So the biggest challenge both for democratic and non-democratic governments is to make environmental solutions as cheap as possible and accessible to everybody. If we want to achieve any success in this field, ecology cannot remain an exclusive trend for the chosen ones.