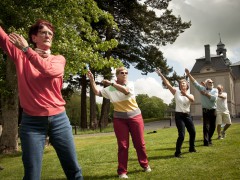 Healthcare reform has triggered many controversies in Romania ranging from street protests in January 2012 over a new healthcare bill to massive online activism just a year later against government plans to prevent citizens from using their mandatory health insurance in private hospitals. To be really honest and without being a specialist in this field, I believe healthcare is the most problematic area for contemporary public policy-making. How do we deal simultaneously with rising budget deficits, an aging population, increasing life expectancy (which brings with it increasing health-related costs), insolvent health insurance funds, moral dilemmas on redistribution and problems of access? I believe that the struggles and failures that much larger and richer countries than Romania have been through in shaping an ideal healthcare system alert us to the fact that there really isn’t any silver bullet when it comes to healthcare. So I won’t dare address the big picture but will share with you instead a couple of thoughts on a narrower topic: the nexus between health, sport and lifestyle.

I took up sport as a leisure time activity when I moved to Germany back in 2009. It probably started as peer pressure, since in Romania sports weren’t exactly popular among my friends neither in high-school nor at college. In Berlin I was simply perplexed not at the city’s sport infrastructure – gazillion times better than in my home city Bucharest – but at the masses of people, especially the middle-aged and elderly, who were practicing sports: jogging in the park, swimming, weekend cycling races and volleyball championships between villages, skating, etc. Realizing in the gym that I have less stamina at 25 than some German ladies in their 60s was quite frustrating.

Having returned to Romania, I still find it mindblowing that: a) so few people practice sports regularly; b). the sports infrastructure here is either poor, inaccessible or prohibitively expensive (or more often than not all three together); c) policymakers and regular citizens alike fail to see the connection between long-term health benefits and the promotion of sports for all; and finally d) that so few Romanians go for regular health checks, or, for that matter, have a healthy balanced lifestyle.

Senior Sport School – A Swedish Initiative that Should be Exported Everywhere in Europe. Photo by Skaneidrotten on Flickr, CC BY-SA 2.0

The general state of health in my country is poor and I believe this doesn’t have to do only with the small share of the budget that goes on healthcare, but also with the kind of lifestyles people lead as well. With an average life expectancy of 73 years, we weigh in second to last in the EU27 ( UN Statistics 2005 – 2010). For a variety of reasons – such as poor sports infrastructure, and no promotion of sports as “cool and desirable” – 10 to 30% of high-school children get a note from their family doctor excusing them from physical education classes. Over 50% of our population is overweight, while  25% is grossly obese (Romania Libera). This puts us in third place in Europe. Not surprisingly, we are the European country with the highest number of chronic diseases (diabetes, high blood pressure, etc.). The number of overweight teenagers has doubled in the last couple of years as has alcohol consumption.

Regular health checks are no favourite habit of ours either. We are last in Europe when it comes to health checks for screening for breast cancer (even though they are non-intrusive, pain free and subsidized). What’s more, 59% of Romanian youngsters do not take an annual blood test which is entirely covered by health insurance (Sfatulmedicului.ro).

I bet we could find a perfect correlation between the prevalence of chronic diseases and our sports habits. The latest sports Eurobarometer shows that 69% of Romanian adults do not practice any sports whatsoever (Bulgarians are even worse, with 82%, while Greeks and Hungarians come in close as well).

As the health policy of the European Commission spells out, “In Europe today, 6 of the 7 biggest risk factors for premature death – blood pressure, cholesterol, Body Mass Index, inadequate fruit and vegetable intake, physical inactivity and alcohol abuse – relate to how we eat, drink and move.”