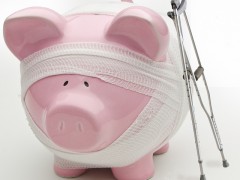 With Hungary’s joining the EU, the country now faces a previously unforeseen challenge: with the new freedom of movement, it’s not just the Hungarian plumber who’s leaving the country for a better future abroad, but droves of doctors and nurses too in an exodus that has brought the healthcare system to the point of near collapse. Answers as to the whys of this flight are due not only from politicians, but from society as well in what could be another opportunity for us to confront our past and look into the future.

When Hungary joined the EU, few people expected that the free movement of labour would precipitate a crisis in healthcare – a crisis that was already looming because of lack of funding and reform.

Let me give you a personal example. A good friend of mine, a 30 year-old anaesthesiologist, left the country last year. He had struggled to make a career and a living in Hungary, but after 4 years he gave up and left. From the age of 7 to 26, his education had been paid for by the state. However, after finishing university, he needed to have two jobs and work an average of 60 hours a week to be able to afford renting an apartment with his girlfriend and put some money aside for holidays. Now my friend is set up in Germany, doing 40 hours a week, thinking about buying a car and eventually a flat. All this would have been completely beyond his reach in Hungary.

One of the problems Hungary needs to confront is the old ingrained way of thinking inculcated back in the pre 1989 socialist era. In those times the state was omnipotent and omnipresent; healthcare was “free”, education was “free”, public transport was very cheap and there was “zero” unemployment. Few people wondered what the real price of such services could be. And the fact is that none of the democratically elected governments after 1990 had the courage or the strength to stand up and tell society that such services are not free but are paid for by either taxpayers or by incurring  government debt.

Since the onset of the latest economic crisis both taxes and debt come with a  very high price tag. One of the results is a healthcare system harboring underpaid staff in a time of the free movement of labor in Europe.

So what is the solution? The government has come up with a number of ideas. Firstly, they proposed a new system of state-funding for university students in which individuals would have to “pay back” the cost of their university education either by working a certain amount of time in Hungary, or by paying cash if they left the country. This understandably enraged an electorate that voted for the governing party partly because its promises of “free” higher education and healthcare. Secondly, some hospitals decided to fill vacant posts by employing foreign professionals. We now have some hospital wards in small rural towns entirely staffed by doctors from the Middle East. Some ethnic Hungarians from neighbouring countries like Romania are still coming, but as they have the same chances in Western Europe as their Hungarian colleagues, they might as well head to Western Europe in the future.

There are no winners in this game. Society has to learn the hard way that there’s no such thing as a free lunch, free healthcare or free education. Siphoning off professionals from even more deprived parts of the world might provide a stopgap solution but it also brings up an uneasy question: do we want to catch up with the West in this aspect, or should we look ahead and start facing the fact that the national budget cannot be shared out to cover the needs of everybody. The “good old” days of socialism might be long gone but some of its ghosts still continue to haunt us and keep us apart from Europe, from the place to which we want to belong. Sadly, for the moment at least, only those of us who have left our homeland behind are the ones who actually belong there.