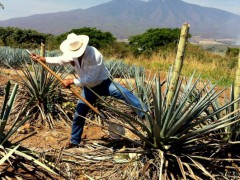 Can we achieve inclusive growth? Of course we can.

How can we achieve it? Well, that’s complicated…and nobody really knows for sure.

When aiming for equal distribution of wealth across society, heedless of the adage that the road to success is paved with many failures, most governmental agencies and civil organizations resort to action programs that will bring macroeconomic growth and individual well-being at one and the same time.

The sad fact is, though, that it’s difficult for organizations to know exactly which programs will generate the biggest and most cost-effective impacts under the limited resources within which they operate, because most of such projects are set up without any strong foundations in knowledge or empirical data that will help them to know whether or not their efforts are likely to be successful.

Given that with the many variables involved in the process, finding solutions to social problems is no easy matter, organizations such as The Abdul Latif Jameel Poverty Action Lab (J-PAL), Innovations for Poverty Action (IPA) and the Mexican Qué Funciona para el Desarrollo (What is effective for Development – QFD) have started working with a new paradigm that gathers groups of academics and policy specialists to evaluate public and private development programs focused on areas such as education, health, agriculture and microfinance.

These research centers claim that results from impact evaluations are useful in showing the effects of different programs and in identifying the how, when and under which conditions for implementation. My own work with QFD has taught me that impact evaluations are a vital necessity to know what really works best in terms of development.

The previously mentioned organizations test real programs with real people with the help of a statistical method called Randomized Control Trial. Populations are divided randomly into two groups, one of them receives the program, and the other one functions as a control. When the program is completed we can then compare and identify the changes and what would have happened had the program not existed.

One outstanding example completed this year is J-PAL Latinoamérica´s evaluation of the Chilean “Techo” program. The evaluations findings indicated that the project was useful for significantly increasing people’s satisfaction with life, but it also showed that after a civil organization had funded the building of around 100,000 houses in rural communities, there was absolutely no significant increase in assets owned by families, labor market entry or consumption of durable goods.

Ryan Cooper, J-PAL LAC’s executive director, stated in an interview for the Chilean TV program “Quién Merece ser Escuchado” (“Who deserves to be listened to?”) that building houses in rural communities was a necessary step but not one sufficient enough to make a significant impact on development because there were other factors at play that also needed consideration such as installing sewers, public lighting, or even locating people nearer to places where they can find jobs and be close to their family networks.

Another example currently being studied by QFD in Tlaxcala, Mexico, is the “Restrictions to Technology Adoption in Agriculture” program aimed at discovering why local farmers reject modern agricultural practices.

Using different experimental interventions such as personalized soil analysis, specialized recommendations, credits and frequent inspections, they are seeking to address the most important barriers to technology adoption for small farmers based on the premise that technology improvement is a key determinant for long-term growth that can optimize the production of poor agricultural workers in developing countries.

Apart from generating evidence about useful and cost-effective programs, these organizations also help society scrutinize the government’s role in public welfare. These types of evaluations identify how public and private funds can be optimized. When they provide the background for further programs, there’s a know-how spillover that obliges decision-makers and politicians to implement effective policies even though they may take long to mature and yield only low gains at the outset.

To achieve inclusive growth and sustainability, rigorous policy evaluation of the results of public and private social programs is needed that can then create a dual process of micro and macroeconomic development.

Coming up with new ideas and throwing large amounts of money at welfare is not enough. What is really valuable is finding out which ideas do generate significant impacts and testing which are the better options to really achieve inclusive growth. To help the lower and middle sectors of society to optimize production and increase living standards, could help both the economy as a whole and individuals to experiment the benefits of development.

Before working with QFD I never thought about the enormous importance of policy evaluation. Today I understand that governments, civil groups and non-governmental organizations could save lots of money and generate much more inclusive results if they had full empirical evidence about which types of action are truly effective.