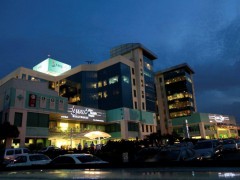 A recent stay at one of the famous private health care centres in  New Delhi where a friend of mine was hospitalized, left me thinking seriously about the shortcomings of the healthcare system in India. My sick friend herself was a doctor so she had first hand knowledge of where the system failed, and could even question the procedures and medicines she was being asked to take.

Private healthcare in India is also expensive and leaves you feeling let down and disappointed when you’re confronted with unskilled staff, crass inefficiency, and sometimes callous treatment by the doctors. This experience left me reeling in shock and disbelief. It was quite disheartening to see how the nurses attending my friend lacked even the basic skills to administer insulin shots or take readings of  blood sugar levels. Even more frustrating were the communication problems my friend and I had with the nurses who had only a smattering of English and Hindi while  neither of us could speak their regional language!

It  left me pondering  on what could happen to a patient who was illiterate or a non-expert, with little knowledge of medical procedures and medicines, who would normally leave everything to these so-called professionals.  If this  was happening right here at one of the  famous private healthcare centres in the capital, you might as well guess what might be  going on in the smaller nursing homes, clinics and health centres in rural areas.

Though private healthcare is expensive, people still prefer it to the notoriously poor quality treatment meted out at public  hospitals. The low quality of clinical care, the tedious procedures, the endless waiting, chronic lack of equipment and staff, absenteeism, corruption and the appalling behavior of healthcare professionals are all reasons  that make people choose private over public healthcare.

Misgivings about public healthcare are widespread. The other day, for instance, my colony security guard asked me if I could recommend a good  orthopedist he could go to. I immediately gave him the address of a public hospital but he refused to go there and asked me to give him the name of a private practitioner instead – even though he mentioned that it would be expensive for him. He said that he did not trust the doctors in the public hospital and that the procedures there took forever.

Some of the population may still be able to afford private doctor’s fees, but what about the expensive pharmaceuticals which are prescribed? Is there an ulterior motive behind these prescriptions? Are doctors conducting drug trials on their patients without their knowledge, willfully putting their health at risk? There is evidence enough to support such a contention and the connivence between pharmaceutical companies and doctors is well known.  Such connivence is fueled  not only by  inadequate  monitoring  and accountability, but  the Government’s failure to  to  pass and enforce stricter legislation.

The Indian government promises  universal healthcare  to all its citizens with responsibility for its provision directed at the country’s constituent states and territories. But the reality fails to measure up to the promise as public financing for healthcare in India is woefully inadequate. A huge population is largely dependent on private healthcare service and such dependency can also drive them into abject poverty as they have to sell off their assets or take out loans to pay for their costly treatment.

According to the World Bank public expenditure on health in India in 2010 was just 29.2% of total spending on healthcare as against the global average of 62.8%. Further the World Health Statistics 2011 report of the World Health Organization notes, “Among the 193 member countries of the World Health Organization (WHO), India ranks a miserable 145th in health expenditure, spending less of a percentage of their GDP on health than some of the world’s least developed countries, including Equatorial Guinea (79th), Bhutan (118th), Angola (130th), Djibouti (134th), Sudan (136th) and Yemen (139th)”.

In 2008 the Government took a positive step forward by implementing a national health insurance scheme RSBY (Rashtrya Swasthya BimaYojana), for people living below the poverty line. But we have yet to see  to what extent it is actually benefiting the people as many claims have been raised that the poor are  paying for treatment out of their own pockets and have still not been reimbursed.

Those with the resources to pay for healthcare, pay for it out of their own pockets. Those who can afford health insurance policies, buy them. But will the problem of universal health for all ever be resolved if the Government does not allocate enough funding for healthcare to improve the standard of public sector care? This issue is crucial. If it is not tackled, private institutions will go on attracting the best doctors as well as more patients, further driving people away from the public healthcare sphere and miring poor people in ever greater poverty.