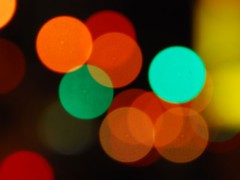 An enriching time spent in the company of specially-abled children and those people making a difference in their lives at the National Association for the Blind (NAB), state branch of Delhi. This was how I spent my New Year’s Eve this time. With the mission to empower the visually challenged persons both children and adults to lead a purposeful and dignified life, NAB has put in tremendous effort over the decades through its various programmes of education and skill development- most programmes using information and communication technology(ICT) to further this goal.

Dipendra Manocha’s contribution in finding technological solutions and bringing policy changes in the area of digital books is legendary. He helped develop the software NVDA (Non Visual Desktop Access) for India in many regional Indian languages besides Hindi. It is a free open source -a voice enabled screen reading software for Windows which helps blind, vision impaired and the deaf blind persons to access computers, read and write documents, communicate with others, and search for information on the internet.

Visually impaired when he was nine years old, he left a career in music and immersed into using information technology to help the visually impaired/blind. Again his role as President of Digital Access Information System (DAISY) Forum of India helped to introduce the international DAISY standard for the production of digital talking books in NAB. This provides a unique navigational system through which the visually impaired/blind user can quickly access and read the materials not only subject wise but also section, sub-section and page wise. The recorded books can be stored for an unlimited period of time and also upgraded easily. These books are produced on CDs and can be read on mp3 players, mobile phones and computers. It is economical and portable as well. He replicated similar models in other developing countries like Bangladesh, Nepal, Pakistan, and Sri Lanka.

A student using software programmes on the laptop. Photo by Author(CC-BY-NC-SA 3.0)

The Resource Centre which is the strength of NAB has thousands of books (on various subjects) in both audio and electronic format. Besides this, textbooks and literature of general interest is printed and published in Braille in both English and Hindi languages. These books are supplied to mainstream school libraries for use of visually impaired children. ICT support to visually impaired children through tablets, e-text books (which can be fed into tablets and laptops) when they reach class VI, is provided by the organization. The in-house studio supports the recording of audio books by volunteers. Books in “large print” are also produced here. Through the promotion of ICT, NAB would like to remove the method of appearing for exams through scribes, which can result in unfair marking during examinations, as this sometimes prevents the full potential of the student from being expressed.

Dr Homiyar Mobedji’s contribution as former CEO is well known. Visually impaired from a very young age, he has been involved in various works of ICT, one of them being training for visually impaired people to be able to read and type in many Indian regional languages using the NVDA  software. He informed me about some of the other programmes of NAB.

A multi-handicapped unit at NAB caters to the needs of the visually impaired children with additional disabilities. Both this unit and a Deaf-Blind Unit, have special educators and therapists to help children communicate and interact with the environment, leading them to a life of independence, far away from social exclusion. The organization provides shelter, skills training and free medical help to the elderly as well.in an old age home for the blind outside the campus.

Likewise Shantha Rangarajan, who showed me around has spent twenty four years in the organization, pledging her time as resource educator. Blind and visually impaired children from four to seven years are provided educational and skills development support in the form of language, mobility, and speech as well as social skills by special educators in the Preparatory Unit. This prepares them for integration into mainstream schools. It usually takes the children about one to three years. Even parents of these children are trained here to assist in training their children.

Under its integrated education programme, NAB provides special equipment or learning tools for writing Braille, studying Mathematics and Geometry to students with disabilities so that they can receive inclusive education together with children of mainstream schools. Additionally equipment like tape recorders, braille watches, talking calculators and white canes are also made available to them. At present there is a government quota of 25% seats reserved for the Economically Weaker Section (EWS) of the society in public and private schools. Children with disabilities including visually impaired children also fall under this category. However, even before this system was present, NAB had been able to convince schools to admit them. NAB takes care of   transportation, food, fees, after school tuitions, food and boarding of these children. Their special educators provide after school tuitions to children who are unable to follow the curriculum at the mainstream schools. It is important to bring these children at par with other mainstream school children. The organization is a pioneer in initiating the cluster concept, which is assigning a group of 23 special education teachers who cater to 30 schools as itinerant teachers.

As I moved around I met many bright, young students walking around or doing some work on their laptops in the premises of the organization. One of the young girls with great enthusiasm, offered to demonstrate her special skills on the laptop, using the software programmes of NVDA and JAWS. She had learnt this at NAB.

Being able to tap ICT to its full potential for the differently-abled, NAB has created countless opportunities for many of them. They are now able to live more independent lives without dependency on others and get absorbed into several organizations.

Furthermore, an assistive helpline service was started by NAB, where a telephone and e-mail based service provides guidance related to use of technology and assistive devices for the visually impaired. Problems are resolved by the helpline team by providing solutions immediately or later. They may be related to job avenues in the field of technology, information dissemination about trainings for visually impaired, information on screen reading software, or smart phones and a gamut of other useful information.

Assistive Helpline for the Blind. Photo by Author(CC-BY-NC-SA 3.0)

There are 26.8 million people with disabilities in India with 5.3 million having a disability in seeing according to the 2011 Census. Although there has been a significant increase in access to technology to assist people with disabilities, especially the visually impaired or blind in urban India, it is still a small percentage of the population. Making it even more affordable and including rural areas would allow a larger section to receive education and join the workforce.