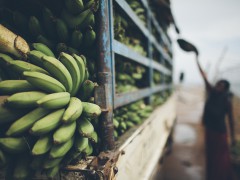 The question whether growth and sustainability can coexist makes me think of production factors which often crop up in economic discussions. Take for instance, if a country like Uganda wants to pump its newly found oil, it needs land, labour, capital and entrepreneurs to do a good job. These are the factors needed to produce goods and services that will lift 24% of Ugandans out of poverty.

The companies  and investors exploiting Uganda’s natural resources like oil, forests, water, fish, minerals, and land should “meet present needs without compromising the ability of future generations to meet their own needs.” This is how the World Commission on Environment and Development (WCED) defines “sustainable development”. Whether this is possible, however, is quite another matter.

It is becoming increasingly clear that, in a bid to eradicate poverty, many of the world’s most valuable and limited resources are being extracted at such a rapid rate that it raises issues of the long-term sustainability of growth. In Uganda, fish stocks are diminishing due to over exploitation; and a number of fish processing industries have already closed down.

Other examples of misguided exploitation include the destruction of natural rain forests and wetlands for sugarcane, oil palm and tea plantations and the unchecked construction of housing estates, hotels, shopping malls and industrial facilities.

In their quest to create more wealth, some people from Uganda’s flower business have invaded the country’s wetlands. The rich flower exporters are draining wetlands to expand their flower farms to meet increasing demand on the European market. Yet, wetlands should be protected for their natural and ecological assets. Lutembe Bay wetland is one of the few Ramsar sites in Uganda as it is a stopover for migratory birds but its very existence is now being threatened by flower farms.

In 1994 wetlands covered 15% of Uganda’s total land area but this area had shrunk to only 10% in 2008. Wetlands play a crucial role in filtering pollutants and regulating water flows. But some rich people in urban areas, particularly Kampala, see wetlands as the cheapest areas for industrial development. Many wetlands have also gradually been taken over by semi-slum residential housing which brings with it a range of activities from cultivation and waste disposal to business sites for local manufacturing all of which have a destabilizing effect on the ecosystem.

So is it possible to tell the hungry and the poor to find food and put an end to poverty while also protecting the wetlands, forests, national parks, fish, and so on for future generations? Current government figures indicate that 24% of Ugandans live below the poverty line. As a solution the government of Uganda has encouraged foreign investment in the country to help create more opportunities for the people. But some of these investments have come at a cost.

Take the Kalangala islands of Lake Victoria whose natural forests help in rainfall formation that protects the country from the adverse effects of climate change and which are now being cleared to pave the way for an oil palm planter. This is being done, the argument goes, to improve people’s livelihoods and lift them from poverty.  And some residents have indeed benefited and now have a better standard of living as palm oil out-growers. But this development has come at the cost of environmental destruction and in future may not be sustainable.

Uganda’s President Yoweri Museveni has been campaigning for the creation of employment opportunities through investment. One of the sticky issues under debate is his proposal to give part of Mabira Forest to a sugarcane planter to increase sugar production and create 3500 jobs. But conservationists don’t want to hear this because the forest plays an important ecological role in the survival of Lake Victoria.

They argue that, the best form of investment would be to create wealth by using available resources while conserving them for use by future generations. Living within your means, they say, is what sustainability is all about.

However, there is hope. Ugandan agencies in the conservation area are more aware of the need for sustainability than any other sectors. The Uganda Wildlife Authority, for instance, has fought very hard to maintain national parks in their natural state by evicting cattle nomads who forced their way into the national parks to graze their animals.

The authority shares a quarter of its annual revenues with communities neighboring national parks. This is aimed at encouraging community members to be good neighbours in conserving the fauna and flora whilst improving their standards of living. In the end this is expected to spur growth and conserve resources for future generations’ use.