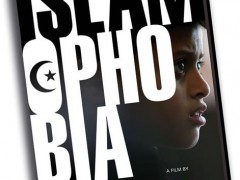 No, you did not misread the headline. Stereotyping and prejudice against the politically ambitious Islamists within Arab countries creates friction among societies looking to move ahead.

Representation is reality. People live a world of their own construct; their environment is mediated by images and representations of ‘the other’ that dictate reality. Such representations, which permeate the media landscape and reach millions of spectators, are often misleading.

In Orientalism, Edward Said (1978) writes, “It needs to be made clear about cultural discourse and exchange within a culture that what is commonly circulated by it is not “truth” but representations.”

Stereotypes proliferate in the attempt to ascribe distinct identities to different groups. Minorities, and ‘different’ people in general, are often the subjects of such stereotypes. ‘The other’ is represented as a strange individual or group that is often defined as the opposite of oneself. And in a world where reality is made up of images, representations govern the prevailing social dynamics. Therefore, stereotypes could help justify the hegemony, or domination, of one group over the other.

Today, there is a clear case of prejudice and stereotyping against Islamists, not only in the West, but also within majority-Muslim countries. The image of a ‘bearded radical, who opposes everything modern and advocates backwardness’ is perpetuated through the media, and in turn permeates modern Arab societies as well as it does Western countries. The identity-construction of Islamists in the East is proving to be not much more favorable that in the West.

Today’s media is bombarded with a series of flat social typologies that renders Islamists within a framework of hostility. The Arab mediascape arguably does not represent Islamists in a fair and true light; stereotypes that deem Islamism as a dangerous and disruptive force pervade the media.

The hazards of flagrant misrepresentation and generalizations about, and within, the Muslim world are not limited to the dissemination of a contemporary culture of Islamophobia; the real danger is in the interpretation of such hostile images and views in socio-political dynamics. Moreover, the discourse that exists in the media and cultural institutions at large, creating an imaginary border between “us” and “them” only creates a regenerative hostility that impedes peaceful interaction and coexistence.

Represented as the ‘other’ even within Muslim countries, Islamism had suffered from modern misconceptions of Islamists as militants driven by dogma and steered by strict religious imperatives.

Islamism emerged in the Middle East in the early 1970s, with a religious vocabulary and clear political objectives. The social tension was palpable. “Islamist utopian-ism…flourished in the repressive and authoritarian environments of most Muslim states of the day, in a climate of nationalism’s moral failure and economic stagnation,” writes Gilles Kepel (2000).

In Egypt, the representation of Islamists in the media in the past few decades has been largely negative. Dubbed the “outlawed group”, the Muslim Brotherhood has been associated with violence, hostility and backwardness through the media as well as public discourse. In order to maintain power over Islamists, which presented an alternative to corruption and economic stagnation in Egypt, the old regime perpetuated stereotypes that bore an eerie resemblance to those permeating Western media and societies.

Meanwhile, the Brotherhood was operating underground, reaching grassroots and working to overhaul the stereotypes associated with the group. Today, the Brotherhood has virtually replaced the Mubarak regime, which spread such an ideology throughout Egyptian society. While the Islamists may appeal to the grassroots on which they focus their charity and campaign efforts, the general public is still weary.

Now, Islamists are struggling to define themselves, struggling to create new ways to imagine a future while remembering the repressive past.

In an essay entitled “Cultural Identity and Diaspora”, Stuart Hall describes this complex process as follows; “Cultural identity…is a mater of “becoming” as well as “being”. It belongs to the future as much as to the past…Far from being eternally fixed in some essentialized past, they (cultural identities) are subject to the continuous play of history, culture, and power…identities are the names we give to the different ways we are positioned by, and position ourselves within, the narratives of the past.”

Therefore, understanding old narratives shaping the future becomes necessary. Until today, the Brotherhood, and certainly the Salafis are regarded by many as terrorists, or at least radicals, which pose a threat to modern society, as we know it. This is arguably creating a barrier for change, as many people still cling to old stereotypes and are unable to accept the Islamists as prominent political figures in today’s post-revolution landscape.

In reality, ‘the Other’ is now closer than ever. As Islamists gain power, they are increasingly present in Egypt’s media and its political landscape. Therefore, their cultural identity is under the spotlight, and it is definitely changing. The question now is how the media will play a role in changing the representation of Islamists, and how their identity will change in relationship to past narratives. Another question is how Islamists will use the media to try to dispel stereotypes and build a more favorable image for themselves.

We live in very interesting times, a random note I absolutely must add.