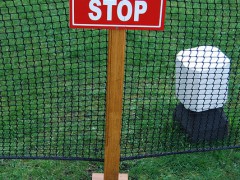 Old and New Europe opened their borders to each other through a formal political and economic partnership meant to deliver peace, stability and prosperity, a partnership to help raise living standards in the 27 member states as if they were one country called the European Union.

When Bulgaria and Romania joined the EU in 2007, member states got the right to impose caps on their labor markets for up to seven years, meaning that all limits would be lifted on 1 January 2014.

Bulgarian and Romanian workers already enjoy full access to the job markets of 15 EU countries, while restrictions remain in 9 – Belgium, Germany, Austria, Luxemburg, France, Ireland, the Netherlands, Malta and the UK. By the end of January 2012 all the EU countries that typically require Bulgarians and Romanians to have work permits have decided to keep them “fully or partially” until 2014, the European Commission said.

Given the various economic crises and the crisis of European multiculturalist ideas, it’s understandable that certain countries don’t seem willing to deliver earlier than promised. Although the current economic crisis in the EU is not a consequence of enlargement, EN member states have the right to act as they see fit when it comes to preventing a  recession. So not only do these countries not rush to open up their labor markets, other EU members are starting to be anxious about the ‘flood of migrant workers.’

Stop sign in the Netherlands. Photo by Tup Wanders

In April, the Netherlands introduced restrictions for Bulgarians and Romanians similar to those for foreigners outside the EU, granting them work permits only “under exceptional cases”. Employers who want to hire a Bulgarian or a Romanian now have to prove that no suitable candidate can be found in the Netherlands or the rest of the EU. Furthermore, in November, the Dutch Minister of Social Affairs and Employment Henk Kamp also decided not to open Dutch borders to Bulgarians and Romanians even in 2014. Just recently, Geert Wilders, the right-wing Freedom Party (PVV) leader, launched a website inviting complaints about Polish, Romanian and Bulgarian immigrants in the Netherlands. It asks visitors: “Are they causing you problems? Did you lose your job to a Pole, Bulgarian, Romanian or other central or east European? We want to know!” It asks Dutch citizens to specify if immigrants have been involved in “crime, alcoholism, drug abuse, dumping household waste and prostitution”.  And in August, Spain, which has long opened its labor market to EU newcomers, introduced restrictions for Romanians, because of rising unemployment in the country.

Despite the political pressure, these decisions prove to be inefficient from the economic standpoint. There is no evidence that either Bulgarians or Romanians have ever put pressure on the labor market or social security systems of member states. And at the end of October 2011 the European Parliament adopted a resolution urging member states that haven’t opened their labor markets to Bulgarians and Romanians to do so, reassuring them that lifting restrictions isn’t bad for local workers’ employement and that, on the contrary, such a move stimulates job creation: “No negative impact on labor markets has been reported in those EU countries that have opened their doors to workers from nations that joined the EU in 2004 and 2007.”

It’s way more efficient to create a common climate of trust instead of telling tales about your EU fellows. And beyond political horse-trading where national financial reforms are often supported in return for a harder line on immigration, ordinary citizens are asking for more open and tolerant labor markets. For example, fruit and vegetable growers in the Netherlands  have fought Henk Kamp’s decisions in court, sometimes successfully but mostly not. Farmers report that Dutch workers complain about back problems, and do not work as hard as East Europeans.

Where did European idea go?

Even more importantly, these decisions go against the grain of the European idea of an open continent where citizens live and work where they want to. And what about solidarity and really reaching out to one another, not only in accession treaties, but when it comes to actual everyday life? For example, in the context of the French wave of expulsions in the summer of 2010, it became evident that Bulgarians and Romanians are more vulnerable to expulsion than any other EU citizens as they are still obliged to get work permits.

For the record, the Netherlands has the lowest unemployment rate in the EU, at 4.5% compared to 10% for the EU as a whole. On the other hand, according to World Bank data, Bulgaria is among the countries with the highest proportion of its population working abroad (1.2 million or 16%) and one of Europe’s biggest recipients of remittances. So it makes a lot of sense that the best fit would be between countries who are in need for qualified workers and those whose citizens are typically seeking jobs outside their national borders. After all, wasn’t the European idea to build a “single Europe-wide market in which people, goods, services, and capital move among Member States as freely as within one country”?