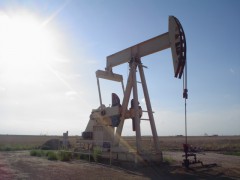 Oil has a comical way of affecting history. Many conspiracy theorists have blamed oil on a host of issues that have rocked the world in the past decade, including the Libyan Uprising especially and the Arab Spring, generally. Hardened schemers have gone as far as to suggest 9/11 and the War on Iraq as offshoots of a global hunger for oil. Though many of these may not entirely be true, they cannot also be entirely wrong.

Kenya has joined the growing number of African countries discovering oil in various parts of their territory. The discovery was made in the country’s northwestern Turkana region. Already standing tall as East Africa’s largest economy, Kenya’s major sources of income are from non-mineral sources. Now, the country stands a chance of attracting more international investor interest from its first major mineral resource, which inevitably, is the world’s most sought. Then again, potential danger looms.

As history has shown, some countries, overjoyed by potential economic windfalls from oil finds, almost completely abandon other forex earners, dipping and soiling their hands in the murky business of oil politics. The temptation exists in Kenya too, where tourism, agric and technology have made it a trade, IT and economic giant. After civil violence that marred elections in 2008 and killed more than 1000 people, many investors and the international community have been wary of giving Kenya too much endorsement. So, once again, the spotlight has been thrown on the country to see how the economy stays resilient in the face of this new discovery. Naturally, investors are interested because of what oil can do.

Kenya does not need to suffer a resource curse but the potential exists in the most glaring fashion. Simon Allison’s article on allafrica.com gives some context: the official government record puts GDP at $36billion. The Turkana Reserve is provisionally estimated to be bigger than Uganda’s oil reserves of 1.1billion plus a further 1.4billion estimated barrels left to be discovered. At $100 per barrel of crude, Kenya could easily be making an economy-defining $250billion at full production capacity. With elections scheduled for early next year, the country’s political atmosphere threatens to be heated up as oil fuels the stakes and raises the potential for violence in a population not yet recovered from the 2008 unrest.

The next president could have billions of petrol-dollars at his disposal and with it, an opportunity to entrench his party in government. Corruption could rise and the economy could get out of hand economically. The positive is that, all the above possibilities are just possibilities. Kenya can get it right. As Tim Wanyonyi states in opening his article on The Nation, “With the discovery of oil, Kenya is at a crossroads where it must take the highway to heaven or hell”.

The current government is promising transparency and a facilitated ratification of laws to govern production. In Africa, stories abound on how not to run an oil economy. Nigeria tells it loudest, with Angola giving further proof. Just across the border, oil threatens to spark war between the Sudans. Kenya wants to be among the good African examples.

With big economies trooping in to exploit, local tribes uneasily on edge and a government running around to put together non-existent legislation, Mario Sorgalla gives this advice in closing his lead article, Avoiding the Resource Curse; ‘Cohesion must be a priority.  [S]upply countries have to provide transparency and accountability – in the long run this will deliver the best guarantee for stabilizing a country. The resource curse can be avoided if everyone involved finds a way to cooperate’.

If Kenya heeds this advice, it is well on the path to being Africa’s Canada or Norway: countries that have made their natural resources a blessing.