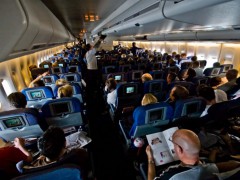 Does migration tear you from your roots? Picture published by Rene Ehrhardt on Wikipedia, CC BY 2.0.

Imagine a dimly lit room, a rural interior in Eastern India. This is where the elderly Bijoya gazes out through the railings of her cracked window, waiting eagerly for Bardhan, her only son whom she hasn’t seen since he left home to study abroad 25 years ago. As his posh car drives over the gravel roads of his hometown, she is hopeful of a new beginning and a fulfilling family life during her sunset years. Her dutiful son has finally come to take her home with him – she is ecstatic, and welcomes him to his childhood home, his village, his familiar neighborhoods with much fanfare. But she soon realizes that this isn’t the same son she sent abroad. His listless demeanor, his urban twang is alien and so unlike what she knew of him before, the doting son she had raised singlehandedly after her husband passed away. And after a momentary respite of happiness, she is escorted to an old age home in a city nearby and left there to spend the autumn of her life in solitude, away from her near and dear ones.

This stark scenario is by no means unique. In many such cases around the world, migration does not only mean geographical distance but also fuels distances between cultures, personalities and values. The need for migration is driven not just by economic motivations but also career ambitions and the desire to accomplish personal goals. And although migration does satisfy many of these unfulfilled aspirations and sharpens your personality by giving you a worldwide view, it can also bring with it a strong sense of alienation – alienation from your roots.

The case cited above is a classic example of an individual who has assimilated into the host culture into which he has migrated to such an extent that he no longer associates with his roots. Some of the most ancient cultures of the world such as the Indian and Oriental follow their path of virtue by venerating parents and elders; they shun the western convention of children leaving home when they turn 18. Similarly parents support their children sometimes even through their adulthood. Social convention dictates that children also look after their parents in their advancing years. Joint families where siblings and their families and parents all live together under one roof are no uncommon sight. Yet with the advent of globalization, individuals from such backgrounds as these migrated to the West where they began to alter their social beliefs to suit the norms of the new host country – so much so that they no longer associate with the customs and traditions they have been raised with.

So is this a justified trade-off for all the benefits migration that has to offer? And how do you retain your originality and uniqueness of character when surrounded by an alien culture? “When in Rome, do as the Romans do” goes the platitude which means that you should adapt yourself to the customs of the places you visit and behave in a manner similar to the people around you. But this very concept has proven a consistent predicament for our generation of Indian globetrotters.

Globalization is bringing with it economic benefits for India in the form of international remittances and for the migrating individual in the form of higher pay scales. But slowly and steadily, it is also becoming increasingly tough for Indians and many others from around the world to retain their individuality. Whether globalization and the waves of migration it induces will bring the world closer together or just create a homogenous body of individuals, only time will tell. But it has definitely begun creating a common pool of people around the world who may soon be devoid of any diversity and end up as mere clones of each other.

Born and brought up in Mumbai, Geeta has traveled the length and breadth of the country and brings with her deep understanding of grassroots India. She is a Master of Commerce and a Certified Fraud Examiner by qualification and a Strategy Consultant by profession. She has worked extensively in the areas of transparency, accountability and compliance and helped multinational clients cope with sensitive issues, mitigate risks and re-engineer their processes. She has also worked as a Development Consultant for an Indian Parliamentarian and helped him devise a labor strategy for his state and improve the quality of education in his constituency. She is currently running a nationwide program to empower women in policy & social development in collaboration with Harvard's South Asia Institute. Through these endeavors she aims to use her business experience and expertise to make a sustainable difference to society. She has a passion for languages and photography and moonlights as a professional photographer in her spare time.