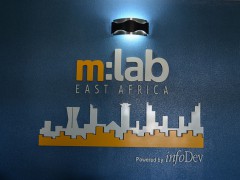 There is no doubt that Mobile Technology has changed Africa for the better and more is expected in the coming years. According to the latest Wireless Intelligence data by GSMA,

“Total mobile connections in sub-Sahara Africa passed the 500 million mark in the first quarter of  2013, increasing by about 20% year-on-year. Connections are expected to grow by a further 50% (250 million connections) over the next five years. The region accounts for about two-thirds of connections in Africa, and about 8% of the world’s current 6.5 billion connections.”

I recently covered an interesting talk and discussion by Kentaro Toyama [a researcher in the School of Information at the University of California, Berkeley] themed “Mobiles for Development” at the m:Lab Nairobi.

The talk covered the role of Non-profits and for Profits in the Developing world. He shared his views on:

“Do the poor have a say in the type of development being presented to them through the mobile technology?”