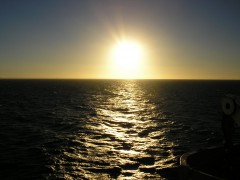 As the world grapples with stimulating employment, growth and innovation, a new club of countries is emerging as an engine of regional growth.

Through improved governance, liberalized trade and stable macroeconomics, the economies of Mexico, Colombia, Peru and Chile have rallied in recent years. Rather than following the lead of increasingly protectionist and interventionalist Mercosur countries, these Pacific economies have taken their cues from the Asian tigers of the 1980s. Characterized by strong growth and pragmatic governance, these four countries appear to be blazing a new trail for Latin American development.

With global attention trained on Brazil, the “Pacific Pumas” on Latin America’s figurative and literal periphery have quietly become economic overachievers. This anonymity will be short lived. Given the rise of China and the American pivot to the East, the Puma countries are poised to play a significant role in the emerging Pacific century.

Statistically, the Pumas are cooking with fire. They have averaged 4.69 percent annual growth since 2005; Peru has led the pack with an average annual rate of seven percent. Removing 2009, a year of global economic tailspin for which Latin America bore little responsibility, average annual Puma growth nudges above 5.5 percent. These figures compare favorably to ASEAN over the same span (4.42 percent growth, 4.8 percent excluding 2009), and are within shouting distance of Asian-tiger growth in the 1980s (8.12 percent annual average).

Inflation, a great scourge of Latin American economies, has been held within central-bank bands across the Puma economies. Strong foreign reserves have allowed members to assume countercyclical macroeconomic positions—a rarity in Latin America. Puma sovereigns are investment grade, and their issuances are hot. In January, Mexico issued US$1.5 billion in bonds at a yield of 4.2 percent, 110 basis points over comparable US Treasuries. Later in the month, Colombia issued US$1 billion in bonds at only 88 basis points over US notes. Both issuances were oversubscribed (EIU).

On paper, the Pumas roar. But what is driving these figures, and are they sustainable?

The Anatomy of a Puma

Latin America is notorious for weak democratic institutions, short time horizons and malleable “rules of the game”. Yet, in recent years, Puma countries have generally adhered to established democratic systems with reasonably legitimate elections. The “rules of the game” have been observed by major political parties, and (Mexico’s Andrés Manuel López Obrador aside) transitions from right-leaning to left-leaning executives (and vice versa) have been smooth.

Puma inflation has been closer to that of advanced economies than to Mercosur
(Source IMF Data, Inflation, Average Consumer Prices)

Not only have Puma countries executed transitions admirably, but the new leaders have accepted existing economic and political structures. Countries that have bent to the left have done so without adopting the statist model of Venezuela’s Hugo Chávez and his ALBA coalition. Countries that have tacked right have done so without eliminating social programs or leaning on the barracks. Crucially, Puma central banks maintain the independence required to pursue macroeconomic stability.

In contrast to the increasingly protectionist Mercosur, Puma countries have aggressively pursued liberalized trade, surely cognizant of East Asia’s success. While the US has concluded free trade agreements (FTAs) with Mexico (1994), Chile (2004), Peru (2009) and Colombia (2012), Puma countries have expanded well beyond the western hemisphere, participating in numerous Pacific trade pacts. All four Puma countries have successfully negotiated FTAs with the European Union. Mercosur has not.

The strategy has paid off. Resource-rich countries such as Peru and Chile have keyed into East Asian growth, providing the raw materials that help build that region’s megacities. Chilean trade with China, for example, increased from US$1.34 billion in 2000 to US$17.94 billion in 2012. Meanwhile, Mexico and Colombia have exploited closer ties to the US: Mexico nearly doubled the value of its exports between 2000 and 2010. All told, Puma exports increased by an annual average of 4.66 percent since year 2000 and are forecast to grow six percent annually through 2017.

Funneling raw resources to global superpowers is old hat for the Andean Pumas. However, increases in private consumption hint that recent success represents more than simply capitalizing on Chinese growth. As poverty decreases and the middle class expands, Puma countries are forecast to see private consumption expand at an average annual rate of five percent over the next six years. This represents a newfound motor for domestic growth.

Mexico, a country of 112 million people, has ten cities with more than one million inhabitants, and 18 with more than 700,000. Colombia (population 46 million) has nearly five cities with more than one million inhabitants. Gross fixed investment, forecast to average 8.39 percent annual growth across the Puma economies over the next six years, will buttress consumption increases among these populations. The momentum of private consumption and investment could help Andean Pumas expand beyond digging things out of the earth and shipping them overseas.

The Road Ahead – The Pumas in the Pacific Century

The Pumas have achieved success by eschewing the ideological grandstand and pursuing free trade. However, there are indications that Pacific trade may become increasingly politicized. The US is actively pursuing a Trans-Pacific Partnership (TPP) apparently designed to preclude Chinese participation. Beijing views the TPP as an explicit American effort to “contain” China, and part of the TPP appeal to East Asia is the implicit guarantee that Washington will remain an active economic counterweight in the region. China supports a separate Pacific FTA that does not include the US.

Mexico, Peru and Chile are participating in the TPP negotiations, and Colombia has expressed interest in joining. However, Puma strategies in this area may differ. Persistent Chinese growth would guarantee strong commodity prices and demand—a boon for Chile, Peru and (increasingly) Colombia. However, Chinese growth is, to a degree, predicated upon the strength of its manufacturing exports, a sector in which it competes directly with Mexico. With the wage gap between Mexican and Chinese labor diminishing, and a trend towards reshoring, Mexico is poised to take advantage of any Chinese slowdown, which would, in turn, be detrimental to Peru and Chile.

In one optimistic scenario, the TPP eventually includes China, and the superpowers work together to safeguard the global economy. However, separate trading blocs could also form, creating competing spheres in the Pacific. In the 20th century, Latin American politics proved to be a Cold War battleground. Hopefully, Latin American trade will not emerge as contested territory during the Pacific century.

The Pumas face significant challenges. The notion that Mexico is emerging from its drug war would be news to citizens of Guerrero, where the murder rate rivals that of Cote d’Ivoire. Chaos in neighboring Venezuela fuels the perception of a safer Colombia. Viewed independently, though, it can still be a dangerous place. Peruvian growth is predicated on fickle commodity prices; its democracy upon a fickle electorate. Chile remains saddled with a subpar constitution, one of many legacies of a disastrous military dictatorship. The gains of recent years are not irreversible. Should export prices tumble, or should the US’s recovery prove short-lived and underwhelming, the basis of recent Puma success could deteriorate.

Yet, the Pacific Pumas have a real opportunity. They have embraced trade and stability at precisely the moment that their region has emerged as ground-zero for global growth. In recent regional history, Venezuela and Argentina have demonstrated that an economic bonanza can be easily squandered on subsidized gasoline and metro passes. Time will tell if the Pacific Pumas are prepared to run with the tigers of the East, or if they will be ensnared in the traps of the past.

The Pumas have a real opportunity. Will they take advantage? (Photo by author, Valparaíso, Chile)

Samuel George is a Project Manager at the Bertelsmann Foundation in Washington, DC.