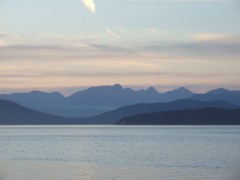 So much time is spent negotiating treaties for climate change, land use, and other terrestrial based initiatives that it is easy to forget that 70% of the world’s surface is covered by oceans, and that water is equally important to the health of our planet. Although oceans issues have their own separate forum at the United Nations under the Convention on the Law of the Sea (UNCLOS), the ongoing nature of that forum means that discussions can easily become a backdrop to the yearly negotiations of other treaties that are staged as a bigger ‘event’, and simultaneously perceived as more pressing. With that in mind, in the approach to Rio+20 – the 20-year follow-up to the original Earth Summit of 1992 – small island nations in particular undertook an effort to bring oceans issues to the forefront, and to remind the rest of the world of our reliance on the oceans.

While many countries focused on developing the concept of the green economy at Rio+20, the Pacific Small Island Developing States (SIDS) concentrated on the blue economy – emphasizing the fact that their economies are largely dependent on the health and sustainable use of marine resources. The ‘Blue Economy’ was as much an initiative as a concept in Rio+20 negotiations, calling for greater political attention to oceans issues such as sustainable development for fisheries and marine resources. As the conference progressed, it became clear that support for the ‘Blue Economy’ resulted in particularly strong language for oceans in the outcome document, while key side events demonstrated progress that countries are making for the protection of marine resources.

When the final outcome text was released, it was apparent that even though it is generally considered  weak, with a dearth of strong commitments or ambitious language, the oceans and seas section was possibly one of the strongest. Indeed, several uses of the word ‘commit’ can be found in this section, specifically on the following topics:

–          the conservation of resources, maintaining resilience, restoring biodiversity, and perhaps most importantly, applying a precautionary and ecosystem-based approach to management

–          reducing marine pollution, both from marine and land-based sources, and to significantly reduce marine debris by 2025

–          managing and mitigating the environmental impacts of alien invasive species

–          priority access of small-scale, subsistence, and artisanal fisherfolk and indigenous peoples to fisheries and markets

Other outcomes of note in the section include:

–          a call to work collaboratively to address ocean acidification

Promising? Certainly. But even though the language is robust, and the commitments appear ambitious, we should temper any excitement by looking at the situation realistically and understanding the various roadblocks to implementation that exist. For example, although this is not the first time commitments to address IUU fishing have been made, carrying them out is problematic especially for Pacific island nations due to a lack of resources, expertise, and capacity – even though intent may certainly exist. Similarly, the goal to achieve maximum sustainable yield in all fisheries by 2015 was agreed to in the Johannesburg Plan of Implementation in 2002 – but progress has been minimal.

Simply restating commitments, then, will not be enough. What is needed is a concerted effort at implementation from all sectors – public, private, and NGO. Collaboration and cooperation will therefore be crucial in taking the next steps forward.

Oceans-themed side events at Rio+20 were an opportunity for nations and organizations taking the first steps along this path to showcase their work; two of these were particularly notable. First, the Coral Triangle Initiative side event, hosted by the Government of Indonesia, brought together ministers from the six Coral Triangle countries – Timor-Leste, Indonesia, Papua New Guinea, Solomon Islands, Philippines and Malaysia – along with financial partners to discuss national efforts and planned future support for the protection of this biologically rich area. Home to 76% of the world’s coral species and 37% of the world’s reef fish species, the Coral Triangle is one of the world’s biological diversity hotspots, and its protection is crucial. Another project – the Blue Economy Initiative for Marine and Coastal Conservation – was hosted by the Global Island Partnership (GLISPA) and highlighted regional efforts for marine protection. Minister Tony de Brum of the Republic of the Marshall Islands spoke about the Micronesia Challenge, which encourages participating countries in the Pacific Islands to protect 30% of coastal marine areas by 2020. Similarly, Ambassador Ronny Jumeau of the Seychelles discussed the development of the West Pacific Challenge, another regional project with parallel goals and targets as the Micronesia Challenge.

Perhaps it is slight cause for concern that the only strong commitments to date have come from small island States who are the most obviously and heavily invested in maintaining ocean health. But it is also true that leadership is needed. In the absence of the world’s economic powers taking an ambitious stand, who better than the world’s small island, or rather, ‘large ocean’ states?

Born and raised in Vancouver, BC, studying environmental policy, interested in implementation of international treaty commitments (conservation, REDD+, etc) at the local level.