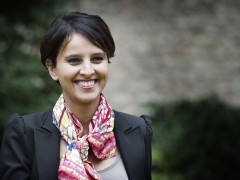 What is the place of working women in France in 2013? The influence of women continues to be recognised as International Women’s Day on 8 March provides an opportunity to reflect on the achievements of women and the challenges they have faced in history and will face in the future – economically, socially and politically. In France today, there is an ongoing fight for gender equality in salaries. In the private sector there is still an evident pay gap of 28 per cent between men and women. A recent poll by Insee (l’Institut national de la statistique et des études économiques) shows women’s salaries vary depending on the sector they work in, and that it takes women twice as long to move up the hierarchy.

Clearly, there is still a gender gap or ‘écart’ that may be not be closing as quickly as some would have hoped over the past decade. Today, cries have been echoing through the media (March 8) about the inequality that still pervades the private and public sectors. The president of the Republic, François Hollande, has promised there will be sanctions placed on ‘recalcitrant businesses’ that don’t toe the line within six months. These business control procedures were changed last December and organisations risk paying heavy fines for underpaying people, especially when there appears to be gender discrimination involved.

Minister for the Rights of Women, Najat Vallaud-Belkacem, praises the sanctions and says they will impact on businesses “not efficiently fighting” the salary inequalities which she labels “unacceptable”. President Hollande also took the opportunity to announce reform of the paid parental leave scheme. He states the “convention of equality” will allow women and their partner to stay away from work longer when they have a child, with mothers making up 97 per cent of the beneficiaries.

Three years ago, women’s salaries were estimated to be around 20 per cent lower than those of their male counterparts. This has shrunk year by year but at a very slow pace… In the professional categories, men still bring home more bacon. According to the Insee poll, women in the construction industry in France earn 18 per cent less than men and that’s roughly the same figure in the public sector. The poll also shows that women in the private sector earned on average 15,600 euros net per annum in 2010 as opposed to 19,970 euros net for men. This gap is partly explained by women’s  low hourly rate and the fact that on average they work 13 per cent less hours than men.

Even so, it’s important to note that salary inequity only represents around nine per cent of cases – although women occupy more than 70 per cent of lower salary jobs, especially in business and services. The bottom line? Women are still paid less than men in France.

Minister for the Rights of Women Najat Vallaud-Belkacem pledges that there will be sanctions for organisations that don’t follow suit. Credit: wikimedia.org (CC-BY-2.0)

One problem in France that doesn’t help progress in this area is the taboo that exists in social circles about salaries and money. This goes for both men and women. If you bring up the question of money or ask someone about what they actually earn, even between friends you will see people blush, quickly change the subject, or even reproach you for being indiscreet.

The pay equality illusion in France has been described as a problem that has existed ever since the Revolution of 1830. The next two fundamental steps were when female French citizens were allowed to enter university in 1880 and when they were given the vote in 1944 – relatively late after other countries such as the U.S. had taken the lead.

In most Western countries, the issue of women at work may play a role in deciding whether to ask for a pay rise or when discussing money with a male boss or male colleagues. It is often reservations or timidity that stops women from demanding these things from their bosses as fear of intimidation also plays a major role in their decisions. It’s very hard for a woman to complain about such matters to a male boss, and they won’t dare to in most cases. When there’s a female boss, it obviously makes  it easier for women to discuss financial topics -including such matters as holiday pay and sick leave. According to HR director, Caroline Bettini speaking on a RFI program last month, you are paid for work in a workplace where you are required to achieve the same performance as men so why should your pay be different?

“One way to describe it would be to see the plight of women’s salaries and positions in society as a film, not as a photo,” Ms Bettini says.

“The inequality forcibly impacts on the actions of other people in the organisation. The quality and competencies of a person are not judged by whether they are male or female – they are chosen as the right person for the job, no matter their gender.”

She adds that a war is being waged on stereotypes, and it’s about not having women do two hours more cleaning than men when they come home from work or at the weekend. But there are still managers and bosses who are women. How do they get on top and stay on top?

An icon of French fashion, Laetitia Casta, marks the contrast in the way women are portrayed. Credit: flickr.com (CC-BY-2.0)

In any case, it is clear the government is trying to work towards a more equal future for working women in France and hopefully there won’t be any atavism from President Hollande and the Socialist Party. The sanctions he has promised to impose on companies that step out of line should be endorsed by other countries in order to pave the way to a democratic and egalitarian society for men and women. We will see what 2013 has in store for us. Of course the Dominique Strauss-Kahn saga last year further highlighted the degrading treatment meted out to women in a country that pushes models in haute couture fashion to the limits of godliness. While many men lose interest in such debates and sexual abuse stories, it’s women that want them to be put on the public record. The then sports minister, Chantal Jouanno, even said she avoided wearing skirts due to alleged sexist comments in parliament.

I grew up in Brisbane, Australia and graduated from the Queensland University of Technology (QUT) with a Bachelor of Journalism in 2009. I moved to Paris to live with my girlfriend a year ago and started blogging while looking for a job in the Crisis. I am an avid writer, photographer and musician.