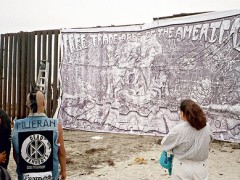 Disclaimer: The article was written both from a perspective of a developed country and a devoloping country. Maria Farooq, Ole Wintermann

One Dimensional Perspectives: A Risk for Globalisation?

The 250 year old thesis is that globalization is a win-win-situation. The reason for that is the specialization of every country on it´s comparative advantages. David Ricardo was the first economist to describe this theorem. So in theory every country gets money out of that global trade. Imagine that there is a theory that should be still feasible and that should still be a starting point for explaining today’s globalized trade. Is that realistic or should we questioning this old thesis. We want to argue for more empirical evidence.

Maybe the debt crisis in the north (developed countries) and the competition of the wages on a worldwide scale contradicts that theory? (We could also ask for a new method in economic science but that would overburden this text) Wages in industrialized countries don´t raise anymore on the same path as in the last 50 years. The public debt let the personal wealth shrink further more in the mid term. The reason is that the people have to pay back the public debt in the future through higher taxes or inflation. At the same time, the developing countries can invest in the devaluated corporations of the north while the wages in the south (developing countries) are raising as a result of higher interest rates for investments in the South. So both parts of the world could meet at a middle level of wealth sometime in the mid future. The north comes from a higher level, the south come from a lower level.

If that would be the case – and we believe that this is already going on currently – there would be some different development tracks for the future relations between the North and the South.

The people in the North are maybe not any longer interested in a deeper cooperation and exchange of goods. The result could be a higher barrier for global trade because of more import restrictions in the North. Finally the South is not able to earn further money through selling goods in the North while people in the North have to pay higher prices for goods. This means that we would face a lose-lose-situation.

Looking only onto the wage effects of the global trade is very one dimensional. One has also to take into account the declining (relative) prices for goods coming from the South instead of buying these goods produced by corporations in the North with a higher cost burden. So in the end, the nominal wages could decline but the real wages could rise as an effect of the more declining goods prices (take in mind that the change of the nominal wages are a product of real price and real wages).

However if in that deressive case of higher trade barriers and shrinking wages arise any problems from global trade politicians all over the world could try to use these problems as an indicator for cultural conflicts. More extreme policies both in the North and the South could be expected. These policies could function as a logical background for higher spending for military and aggressive behavior in international relations. Also in that scenario the people in both regions could be the loser of the game as the taxes will rise.

What do these stories tell us in the end?

From our point of view we have to retell the story of globalization. The reason is that globalization builds upon a 250 old story or theory that is not valid anymore. It is the story of having only and everywhere winners of the globalization as result of very different working and production conditions. When people in the South demonstrate against bad working conditions and the feeling that the wealth of the North is a direct result of these bad conditions people in the North don´t have a clue what is wrong. This old story by Ricardo is the fundament for a still valid imagination that there could be in fact be no bad results of globalization. It is a theory based only on the logic of economics. It doesn´t take into account political and sociological side effects and causalities.

From our perspective this finding is very essential when having negotiations for trade agreements like TAFTA. We only consider the economic dimension. That is a very one dimensional view of world’s complexity. As a result of that one dimensional view the political and economic actors are surprised when people in the North and the South are not welcoming these agreements with open arms. We need to take a multi-dimensional approach to make global trade a win-win situation for both parts of the world.

The globalization and the global trade have to be given back to the people it belonged. You and us.

What could be the way out of that dilemma?

We should rewrite the story of global trade and its results through using empirical data and taking into account non-economic framing for this trade. Using empirical data means to paint a more accurate picture of global processes, decisions and flows. Ricardo and also today economists are not able to include politics and environment into their logic. Psychoanalysis, sociological conditons, external effects for the environment and last but not least the impact of the internet are the important frame for global trade. There was that famous German social scientist Max Weber (100 years ago) who declared that economic science is a kind of social science because people get in contact with each other for exchanging their goods. Sounds quite simple – but not for the ears of traditional economic scientist of today.

Decision makers in the North and the South can only be prepared for the future challenges when they think in systemic but multi dimensions. The empirical data present currently can help them synthesize the results and hence come up with a new and multi-dimensional approach. This approach shall benefit people of North as well as South.

As the bottom line is: it is the people who matter – not the money.