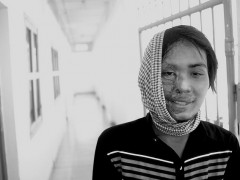 In 2011, a Thomson Reuters Foundation global poll revealed that India is the fourth most dangerous place in the world for women. Although India is emerging from the ‘third world’ and gradually becoming a more liberal society, India’s economic progress has made little room for the improvement in the status of women.

In addition to female foeticide, infanticide, human trafficking and sexual violence, acid violence has emerged in the repertoire of horrors that Indian women endure. A study conducted by Cornell University stated that there were 153 acid attacks reported in the media from 1999 to 2010. Many more such attacks remain unreported as the majority of attacks occur in rural India, beyond the reach of both the law and statisticians.

Acid violence towards women – a fresh worldwide phenomenon and a hallmark of gender-based violence – is one of the most heinous crimes. It involves throwing acid onto the victim with the intention of grossly disfiguring them. Female victims often emerge from the attack alive, but as social pariahs and with little access to rehabilitation or justice.

To understand the cause of acid violence in India, one needs to understand the nature of gender relations in India, where gross inequality between the status of men and women remains pervasive. The circumstances in which acid attacks occur are often frighteningly similar tales, where the most trivial of acts, such as rebuffing sexual advances or refusing a marriage proposal, are met with sadistic revenge. Constructs of family honour and female modesty provide false justification for these heinous crimes against women.

Sushma Kapoor, the Deputy Director of United Nations Women in South Asia states that attackers have an attitude of, “If I can’t have you, no one can.” In a country where marriage is an economic necessity for rural women, perpetrators all but ensure that their victim faces lifelong destitution. Such a deliberate expression of male authority and desire to control a woman’s fate exposes deep-rooted patriarchy. Despite reformed laws on dowries and sex-selective abortion, an increased number of women entering into the workforce and the governance of female politicians, patriarchy is as dangerous and tenacious in India as it was 40 years ago.

If anything, men have become more innovative in the way by which they perpetrate their crimes than 40 years ago. Acid is a relatively new and pernicious weapon which can inflict irrevocable physical and psychological injuries to women. Attackers are aided by the easy availability and inexpensive cost of acid which can be purchased for as little $A1.00.

The longest road to justice

How are perpetrators punished? Often, victims of acid attacks are not punished due to widespread police corruption and limited access for victims to the Indian legal system. Even before the attack, when victims seek police protection and voice complaints of threats by men, police are largely apathetic due to the culture of victim-blaming and misogyny in India. One police officer in India was recorded to have said, “These women dress up like boys. What do they expect?” After the attack, police will often refuse to file a police report on behalf of acid attack victims, as many are bribed by the perpetrators.

Corrupt police force aside, the educated lawmakers in India have performed no better, particularly when compared with the progress made its poorer South-East Asian neighbour, Bangladesh. In 2002, Bangladesh passed two laws: the Acid Crime Control Act (ACCA) and the Acid Control Act (ACA). The ACCA creates special court procedures for cases involving acid attacks and speeds up trials, whilst the ACA regulates the purchase, sale, storage and transportation of acid in Bangladesh. Pursuant to the ACA, it is a requirement for commercial users of acid to obtain licenses. The effectiveness of these laws in Bangladesh is clear with the rate of acid attacks decreasing approximately 15 to 20 per cent each year since the law was introduced.

Only in November 2012 did the Indian Parliament take the most basic of steps to fill the legal vacuum. The Indian Criminal Law (Amendment) Bill 2012 – which is still before Parliament – classes acid attacks, and attempts to institute “throw or administer acid” as standalone crimes under sections 326A and 326B of the Indian Penal Code. Although the penalties of the provisions appear tough – 10 years to life imprisonment for an acid attack, or 7 years for an attempted attack – some lawyers have criticised the Bill for not imposing more stringent bail conditions against the accused where there is a prima facie case.

In a country where many acid attacks go unreported and police are notorious for bending the law, the Bill appears irrelevant. At the end of the day, attitudes matter. Where the police harbor the same attitudes as perpetrators, there cannot possibly be any room for justice. In the wake of the recent gang rape and murder of a New Delhi female student, women in India can only hope that the momentum to change societal attitudes will increase.

This article was written by Ambika Sethia and first published on The Sydney Globalist website.