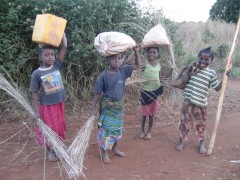 Job creation is the biggest pressure on governments across the world especially as the global economy struggles to regain growth rates. While the challenge of the West has been sluggish economic growth, the challenge of Africa and the region is quite different; Africa continues to enjoy good economic growth. However, this growth has not translated into secure jobs. Unemployment continues to stay high and job creation seems to be occurring in family enterprises and the informal sector. While these jobs are welcome, they are vulnerable as informal sector firms are prone to failure and offer few benefits. More importantly these sectors show little productivity growth, when the ultimate pulley from the poverty trap is rise in productivity.

The emergence of global production networks is also having an important impact on decent jobs creation. This trend has destroyed some jobs but more importantly jobs have become increasingly precarious and prone to flight to new, cheaper locations. The result is that decent jobs that offer a fair income in conditions of freedom, equity, security, and human dignity are becoming harder to come by. At the same time, labor unions that have been the guarantor of fair jobs are increasingly being undermined by a number of challenges arising from these developments. Key challenge to unions in the region seems to be “casualization of labor”, a growing trend that seems to be spreading to all sectors of the economy. The continuing privatization of state-owned enterprises and mergers and acquisitions, which are becoming endemic as regional giants emerge, are further reducing union membership as jobs tend to disappear in wake of these developments. These trends are resulting in the dwindling of unions’ ranks and thus their power and resources to mobilize.

While most governments in the region have committed to ILO’s decent jobs agenda it is not clear how committed they are. Some of the trends threatening decent jobs, like casualization of labor, can be easily stamped out through legislation. Yet there does not seem much action on the ground to do so. Governments can also more enthusiastically embrace the ILO initiative of encouraging more labor intensive infrastructure development that creates much needed jobs in rural areas and for youth. Children gathering firewood in Kenya. (By The Advocacy Project from flickr.com CC BY-NC-SA 2.0)

However, translating economic growth into good jobs is a more challenging undertaking, which requires a deeper understanding of the relationship between drivers of economic growth and jobs creation in the region, a relationship poorly understood due to lack of good data. Little is known about how informal enterprises operate and make decisions and challenges they face while trying to formalize. Little is also known about the relationship between employment and other macro-economic variables in the region. Indeed, many have argued that the inflation targeting monetary policy adopted across the region is not conducive to creating jobs. However, while this argument is plausible, it has yet to be conclusively demonstrated. Better data collection and research on employment is needed to inform policy makers in the region.

For good jobs to emerge, a path must be charted that will allow informal businesses to formalize and grow bigger. An even bigger dividend will be derived if these businesses can ultimately become exporters. This is the path that leads to increased productivity, a pre-requisite for creating decent jobs. This will require a well thought-out and orchestrated effort at skills development, and export promotion strategies.

A more protracted challenge for the region will be stamping out child labor, for this challenge is so intertwined with the challenge of poverty that unless poverty is greatly reduced child labor will continue to be a menace. For the poor, child labor is an important contributor to household survival. For the very poor giving a child away to foster parents to contribute their labor in return for upkeep of the child and potential for future education and training opportunity seems like a reasonable strategy.  For the average rural family, children working on farms is seen as the way of life.

Child labor is, however, a menace due to the damage to it does to children.   But there is need for sensitivity in devising strategy to tackle it. The efforts currently being directed at eradicating child labor seem to lack these nuances and seem to be demonizing countries, industries (such as the cocoa industry) and poor families. A more collaborative effort that involves parents and key players in the various value chains is needed to raise awareness and look for shared solutions. More importantly, the poor need to be provided with other support so as not to depend on child labor for survival.  This is not to say that child trafficking and other vile forms of child abuse should be tolerated whatever the circumstances. But a blanket approach to the issue should be avoided.