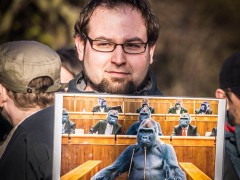 I can still remember when the former socialist system collapsed how we used to guess how quickly we would reach the development level of neighboring Austria. What we neglected to think about was the fact that the market economy and democracy are just tools that can be used in different ways. In our enthusiasm back then, we understood these transformations as guarantees of permanent progress.

In fact, what followed was anything but that. Nearly every government introduced waves of changes in key positions, calling the process “a cleanup” while the opposition referred to it as a “violation of democratic rules”.

Some people were quick off the mark in understanding politics as a chance to mint money. Governments and regulations might change but political clients still  found new ways to make illicit profits.

Privatization of state-owned enterprises during the 90s was made on the cheap for the benefit of people with close connections to the party in office, and often ended in empty production halls and lay-offs. When companies weren’t stripped and closed down, some of their new owners immediately sold them off to foreigners, lining their pockets in the process.

During this period (1992-94, 94-98), political leaders tried to gain a firmer grip on power by taking public media hostage or by attempts to violate democratic principles. At that time Brussels was not ignoring the rollback of democracy in Slovakia and started sending protesting letters. The situation looked somewhat similar to that in Orban’s Hungary.

To fill the coffers, the subsequent government (1998-2006) launched new waves of privatization, this time to foreign bidders. Slovak taxpayers’ money was used to clean up the bad bank loans of bankrupt, formerly privatized companies and once cleaned up these banks were sold off.

The next government (2006-10), which in part stemmed from the 1990s, found it important to declare that they were against the “sell-out of national treasures”. This meant in fact that the people behind high politics were making a killing from overpriced contracts with the state, while the government itself happily trumpeted on about how it was investing for the good of the people.

The following government (2010-12) established stricter rules on how to deal with state property, such as establishing that any state-related contract had to be subject to a public tender with the contract published on the Web for public scrutiny. But its efforts were short lived and lasted only a few months before the coalition government fell prematurely due to disagreement about supporting the European System of Financial Supervisors (ESFS). A few weeks before the new elections a scandal erupted about the alleged close connections of one of the biggest private investment funds in Slovakia to nearly every major political party in the country (“the Gorilla case“). In the elections the party which bore the brunt of the accusations lost two thirds of its votes. The dismissed head of the state privatization agency was offering privatization advice to Greece.

The “old-new” champagne socialist Prime Minister (2012- ) is already contemplating the next wave of privatization in the telecom sector, something that may well surprise his voters. He also plans to prohibit  additional subsequent clauses to state contracts which is one of the ways to squeeze more money after winning the bid with an initial cut-price tender.

In what has now become somewhat of a tradition, the change of the head of the public broadcasting company has taken place and, true to form, the new chief speaks about necessary changes in the news. The removal of the previous head will probably end up in a court case. However, the times of the 1990s when Western ambassadors attended court hearings in an unofficial capacity as a sign of protest are already long gone.

The advantage of democracy is that people can easily correct their opinion. Some call it “choosing a different investment fund”. Others see it, on the whole, as a slow positive progress. But whatever it might be, one thing is certain: it’s definitely a different ball game to what we imagined two decades ago.