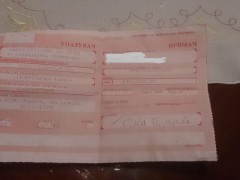 “I know it’s sinful, but sometimes I feel like committing suicide” are the words of a 66 years old woman I went to interview for this article in Skopje, Macedonia. Mona* suffers from hyperlipidaemia, heart problems, bronchitis and chronic sickness of the uterus. She has no way of paying for proper treatment as her only income is the € 56 in social benefits she receives each month. Maybe she could struggle through the month on this money as it’s about one quarter of the € 205 which is the official value of a monthly food basket for a family of four. And in a country like Macedonia where the minimal monthly wage is fixed at € 130 and the average monthly wage is only € 340, the authorities would probably argue that social benefits simply cannot be raised. But she also needs this money to pay for electricity, water, and the monthly mortgage installment on a tiny 10 m2 flat her nephew lets her use on condition she pays part of the credit rate herself. She can hardly make ends meet on this money and so each month she goes to churches and mosques to beg.

The social benefits check Mona gets each month. Worth 3502 denars or 56 EUR

Mona has no family of her own, she never married and had children. Her sister and nephews help her out occasionally but they are not in a much better position themselves. She uses the free bus service for pensioners and the elderly which is available three times per week to visit her sister, but she tries not to be too much of a burden on them.

Mona is by no means a unique case but one of the half a million people, or 27.3% of the population at the last survey in 2010, living below the poverty line in Macedonia. This is a lot for a country of two million. The statistics show that the percentage is similar between men and women which means that one in four people in Macedonia, regardless of their gender, struggles to survive.

I would never have been introduced to Mona if my colleague who was doing in-depth interviews with a sample of our survey respondents hadn’t pointed her  out to me. I read the transcript of her interview and learnt her sad story. While such stories often figure in Macedonian TV news, I hardly meet an impoverished person in my own daily life. I live a middle class life, in a middle class neighbourhood and I work in a middle class area. At work and in the places where I go out I only meet middle class people.

The social divide between my social reality and hers is so wide that I found myself unable to give her any of the advice or job tips I usually give to friends or students I know. While I worry that I’m spending too much time writing on my computer, she says that she can’t give up paying for electricity for the TV, as the TV is all she has. While I wonder which vitamins to buy for preventive healthcare, she can’t afford treatment medication. The socially disadvantaged might be provided with free health care and medication in Macedonia, but patients are often forced to buy pills not on the state-subsidized list. I tried to think of ways she could earn more money, and as she doesn’t have much formal education I suggested where she could look for work as a household help. But she’s too sick to do physical work. I told her of charities that provide free meals, but she either knew them already or said that most of the time she can’t afford the bus to get to there.

Each day Mona wakes up facing the sad reality of her life.

There is basically nothing she can do to improve her situation. She is stuck in the middle of nowhere. Even though she has worked all her life, she is not eligible for a pension because her employers didn’t pay her pension and insurance contributions and this is a problem that can’t be fixed now. And her age and poor health do not allow her to work for a living. “I don’t belong to any category” she says.