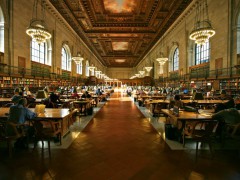 As the genesis of every nation’s economic and cultural development, education apropos higher education, is essential thus the investment as much as financial and social is ever-growing. Fundamentally, the rise and fall of a state’s policy regardless of the politics always goes back to the roots and is attributed to education, as a primary responsibility.

Meanwhile higher education is no longer considered elitist but a universal phenomenon; the struggling underdeveloped countries are being challenged with the rising number of the students who demand to continue their studies further and thus crossing national borders in such a pursuit becomes a necessity. In addition to such an alternative, numerous private educational institutions are opened every day to meet the quantitative and qualitative demands respectively, offering the eager population one of the most basic rights, the one to educate and emancipate themselves. Most of them encourage their students to engage in studying abroad through different exchange programs in order for them to familiarize with the idea of a global market they will face in the near future.

Studying abroad is nowadays part of the majority of student’s lifestyle; it has become therefore a great must. Influenced by the interconnected national economies, shared political views and developmental strategies these future employees will share a unified set of qualifications and requirements in the global labor market. With a greater territory the possibilities are limitless but so is the responsibility and competition. In order to train for such a wide career pool individuals as well as the governments themselves are pushing students to broaden the horizons, intellectually and culturally so they can be part of a bigger picture.

The advances in the globalized economy today directly impact the niveau of the future expert employees which reflects the phenomenon of “never-ending studies” referring to constant update and additional training any expert will go through during his professional lifetime. In order to work for the big fish, as the multinational corporations or conduct research in different parts of the world, students must be prepped to think and act globally, speak several languages, be familiar with different cultures and customs and more importantly understand and conduct business affiliations under diverse circumstances.

Internationally recognized degrees due to unified curricula as well as freedom of movement facilitated by several international agreements as Schengen Convention among others, allows students of these countries to be treated equally wherever they choose to study and moreover lured into these institutions based on their skills and achievements so far. Europe is quite a fascinating example on the subject; by reason of the Schengen Agreement which allows free movement and equal treatment to citizens of each Schengen country, as well as the unified Bologna system of Education which facilitates the exchangeability of students due to a similar curriculum, studying abroad within such an area is no longer a bureaucratic struggle. Even in the underdeveloped countries where international movement is still a taboo; studies are considered of vital importance thus traveling on a student visa is highly prioritized due to a greater demand within such entities.

Meanwhile the developed countries are ever-more hunting for skilled future professionals in and out of their borders, the response to such an opportunity greatly comes from less liberal and more conventional country citizens who are seeking for a chance to a more international approach to education, and later decide if they will contribute to the fellow country living a better life with a better salary or chose to get back in their home country and use their expertise to change the quality of life there. Either way, it is a win-win situation, both individually and globally.

Study abroad programs allow students to explore different innovative subfields emerging firstly in the prestigious institutions, something they probably don’t get to experience in their country of origin. This way, they won’t have to limit themselves to the choices of majority and also they are prepared for a soon to be market outburst on the designated field of expertise in their home country.

Every country seems to be attracted to the higher national variety of students in their University Campuses. Beside the individual benefits of such mobility, these interactions help bring down prejudice and the alienation of fellow neighbors as “others” as well as preserving the cultural and national identity by promoting it as something that can be easily adaptable. Also by luring competent and hardworking future experts within their circles, study abroad programs bring future allies to the doorsteps of those countries.

On a more individual perspective, studying abroad not only prepares one academically but also plays a major role in the emancipation of a fellow student with regard to his/her attitudes to the direct consequences of his/her actions.

Learning how to survive in a different country will help you cope, later on, with different occupational and social challenges that adults face during a lifetime. Some of the long-lived virtues one establishes while living and operating in a foreign country are vital to prevail different milestones in life. As your horizon expands so does,

all of which are crucial to becoming a functioning and successful human being regardless of the domain.

As aforementioned, studying abroad is no longer considered luxurious, on the contrary; it seems to have become an inevitable path to choose in the crossroads of every mature student.

Regarding statistics, a research conducted in 2010 shows that more than 4.1 million tertiary students were enrolled outside their country of citizenship. Luxembourg, Australia, the United Kingdom, Austria, Switzerland, New Zealand and Sweden have, in descending order, the highest percentages of international students among their tertiary enrollments.

Also the research shows that Australia, France, Germany, the UK and the US each receive more than 6% of all foreign students worldwide.

Hi. My name is Liv, mademoiselle Liv to be exact and I come from Nice, France. After I graduated in Psychology & Counselling my friends and I decided to take a year off and do some traveling. I never imagined Germany to be my final destination yet everything happened so genuinely, I fell in love with Berlin the first day I arrived. Now, I am doing my MA. in die Freie Universität on Social, Cognitive and Affective Neuroscience meanwhile the city and its people have been nothing but a great inspiration. I consider writing to be a therapeutic means therefore I have created my medium of madness hoping that it may be entertaining to others as much as it’s for me. Berlin taught me a very precious thing I cherish deeply, sharing is caring ergo dear readers enjoy and au revoir until we virtually meet again.