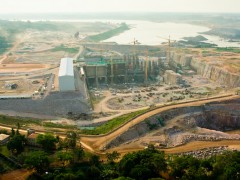 Yet despite important progress in several countries, there is still a great deal to be done. With that in mind, Member States, supported by contributions from civil society and organizations from across the world, have agreed to establish a new set of goals for the post-2015 agenda, the so-called Sustainable Development Goals, as stated in “The Future We Want” declaration.

There seems to be a general belief that sustainable development is the way to go. Yet two years from the MDG deadline, we find ourselves very much lagging behind.

Why are we still so far from our goals? Why can’t we grow in a sustainable – and I do not mean just financially sustainable – way?

In the private sector, there are two main reasons why progress is so slow: there isn’t enough incentive – basically regulation – and there is little technology available to measure both positive and negative externalities. The first problem is partly the fault of enterprise and its extensive lobbying, as Pavan Sukhdev, former banker, current McClusky Fellow at Yale, describes in his book “Corporation 2020”:

“Corporate lobbying is a pervasive and potent tool to interact with the regulatory process in a way that tilts the playing field further in their favor, or alternatively, prevents change in the status quo.”

By influencing regulation, corporations can prevent any changes from the “business as usual” model, and effectively block sustainable development incentives.

The second problem is of a technical nature. The cost of business externalities – whether they are costs or benefits resulting from companies’ activities – cannot be accurately measured. Yes, there are global estimations, but measuring the precise impact of pollution or of a gross human rights violation is very difficult, given the lack of clear benchmarks. In Brazil, for instance, gross Human Rights violations were reported during dam construction on the Rio Madeira. A lawyer might be able to establish a “price” for those who have had their rights violated, but how much does such a scandal cost? Maybe that could be roughly estimated in terms of decreased revenue – but then comes the really hard part which is to determine how much a company actually saves by mapping and mitigating the risks of human rights violations? This is simply one example among thousands of possible scenarios for which there is no precise measuring tool or, at worst, no tools at all.

Construction of the Santo Antônio hydroelectric plant on the Madeira River in Rondônia. Photo taken by PAC 2 on Flickr. CC BY-NC-SA 2.0

Investing in sustainable development means taking into account not only John Elkington’s  triple bottom-line (planet, people and profit) but going further and including the ethical dimension as well, as included in the paragraph 266 of “The Future We Want”. But all of this is not a central part of companies’ strategies, because return rates and risk cannot be properly measured. Thus, sustainable “cases” are used as a marketing tool that has practically zero impact on the company revenues and little scaling-up interest.

The private sector is one aspect, but we must also take a closer look at  governments’ rationale to understand their share of “guilt” in the process. It seems to me that their obsession with GDP is to blame. This is, of course, even worse in developing countries where the desire and need to develop is the uncontested top priority, though the actual type of development is not often thoroughly discussed. The Brazilian example is very curious in this respect. Essentially, the country is involved in various environment and sustainability discussions with the whole world, but when it comes to slowing down (unsustainable) economic development in order to guarantee human rights and environment preservation, there is a clear and overwhelming preference for short-term results that impact GDP.

Another problem of the GDP fixation involves trade, because even if Brazil decided overnight to go it alone and achieve every MDG goal, respect every treaty and create all the necessary regulatory incentives to do so, Brazilian companies would be subjected to a much higher operational standard than those elsewhere. This would, in turn, increase the price of Brazilian products, and have a severe impact on the economy in terms of outsourcing and trans-nationalization – so that companies could benefit from lower standards somewhere else. This would  simply displace the problem – and smaller companies unable to shift would face bankruptcy.

Building and implementing Sustainable Development Goals must be accompanied by the development of new technologies to measure the tangible impacts of sustainability. At the same time, governments must be coherent  – they must talk the talk and walk the walk  – so that the institutions concerned can answer the many challenges inherent in sustainable development. By doing so, they could act more surely and respectfully in multilateral forums, and greatly increase their impact.

Now we can see that the integrity agenda has been moving forward rapidly in the last few weeks driven to massive popular demonstrations, but Brazil still ranks 69th in the Transparency International ranking . Climate change has benefited from an efficient program on deforesting monitoring, reducing Brazil’s number one cause of CO2 emissions, but the country has been a bit off-message with regard to its energy matrix, increasing its use of coal and “compensating” progress made on reducing deforestation. Human rights still do not get all the attention they deserve and little heed is given to the most remote areas of the national territory. These are just some of the major issues that are shackling Brazil’s moves to sustainable development.

Meanwhile, innumerable organizations, important business actors and government sectors are pushing forward this agenda, and the larger they are, the greater the pressure they can bring to bear on public policymaking.

Is Sustainable Development Possible? Absolutely. And it is already happening, even if rather slowly. Will it happen within the SDGs timeframe? Well, there are way too many factors to consider, but “slow and steady” seems more likely than what the optimists of SDG would hope for.