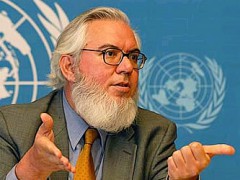 It has been almost four years since the Global Financial Crisis (GFC), however its effects are still being felt throughout the world.  Although there is evidence to indicate the recovery is well underway, the unemployment numbers of youth, particularly in South East Asia and the Pacific, suggest a slightly different narrative.

It seems that the words of  ILO Director-General Juan Somavia ring true: The human costs of the recession are still with us.

In spite of an improved economic output from the South East Asian and Pacific region, the region’s unemployment rate has dropped a negligible 0.1 per cent, from 5.2 per cent in 2009 to 5.1 per cent in 2010. Investigating the numbers further also reveals the plight of youth in the region; young people aged 15 – 24 are 4.7 times more likely to be unemployed than adults (ILO 2010).  Of those who are employed, only a small proportion have “decent work”, a concept that is often overlooked but quite pertinent.  In fact, decent work is linked to the first Millennium Development Goal (ILO/FAO) as the vast percentage of work available to youth is low paid, insecure and renders them vulnerable.  An estimated 400 million youth globally suffer from a lack of decent work, and South Asia has the highest rate of vulnerable employment in the world, at 78.5 per cent of total employment (ILO 2009).

The question is, why? Why is the level of youth unemployment so high, even when the economy is recovering and the rates for adults are lower?  There are a few aspects that differentiate youth unemployment from the unemployment of their older working counterparts, including lack of experience, lack of work prospects for qualified youth and dispensablity.   These are trends reflected worldwide, from the United Kingdom to the United States, and addressing them requires an appraisal of the job creation and hiring culture that exists globally.  What it does strongly suggest however, is that job creation and quality work become a central component of the economic recovery policies of a nation (ILO 2010).

This trend isn’t restricted to developing countries either, Australia’s youth unemployment figures have also worsened. In the Foundation for Young Australian’s report, How Young People Are Faring: 2011, key findings included:

If unemployment levels remain high, the ILO warns that the region – and the world – risks the possibility of a “lost generation” of youth; young people who have resigned themselves to long term unemployment and detached themselves completely from the labour market.  This lost generation is also more likely to affect developing countries, the Pacific nations included.

That is where the true cost of the recession and youth unemployment lies.  It is important that developing countries in particular, not only focus on reducing fiscal deficits but also invest in their youth.  A recovery without a ready, up and coming labour force is a weak recovery indeed, and undermines the future and stability of the populace.