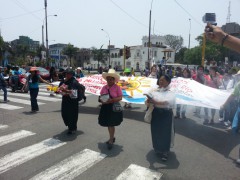 The idea of putting a price on nature to preserve it may seem like a good idea: in the end, it is fair and is just to protect something we could not live without. Let us consider here the issue from a different point of view, the one of the Indigenous People of the Amazon, and let us go over the proposal they made in this regard.

The assumption that nature and forests should be preserved because we can only exist if they exist is very self-centred (and by “self” I mean the “West”): some peoples, in fact, actually live in them. That is to say: international organisations (IOs), the UN and the World Bank, trying to implement REDD programmes and its various versions, often forget that the regions on Earth they are trying to preserve are, first of all, someone’s home. We could put it, mostly, as a question of etiquette: you cannot start policy-making about your neighbour’s house without asking him or her because, well, that is not your house.

Secondly, in the case of the peoples in the Amazon, it is unquestionable that the underpinning interest of IOs and indigenous peoples is, if not equal, at least similar: they both want the forest to be healthy and prosperous. It would be logical, therefore, to ask the people who have lived in the forest the longest and have preserved it the longest, how to do the job. Alas, that is not the case.

The concern of the Indigenous Peoples of the Amazon, with the implementation of the REDD programme, is that it will be unable to effectively protect the ecosystem that is their home, resulting in the likely consequence of their death.

Why would the REDD programme be inefficient and dangerous?

The COICA (Coordinadora de las Organizaciones Indígenas de la Cuenca Amazónica) explains that the focus, in the case of the REDD proposals by both the World Bank and the UN, is put on the carbon that is kept and stored underneath the soil by trees. This does not only mean that in this perspective every tree is good for the cause (and therefore, an oil palm plantation equals a forest), it also means that only one ecosystemic feature is protected and valued over the others. The complexity of the ecosystem, which also includes the human beings that inhabit it, is not taken into account, nor is protected.

In contrast to this, the Indigenous REDD proposal made by COICA stresses the importance of including indigenous peoples’ cosmo-vision into the discourse, their ancestral knowledge and the consciousness of the environment they live in as one. The proposal could be summed up as a two-phase process: 1) the governments should make a serious commitment on ending uncertainty on territorial rights; 2) the indigenous peoples should be involved in the management and development of the implementation of REDD programmes on a national scale.

These two topics do not represent the focus of the proposal by chance. In fact they are the issues on which indigenous peoples in the Amazon struggle with since national States were born in South America. These issues are not relative to REDD proposals only but also concern the plans made by central governments regarding the Amazon, be they pursuing the exploitation of its resources (oil) or its “development”.

To be recognised as existing communities, to affirm their right to occupy the exact place on Earth they have always occupied, to have their civil rights respected, to be protected by their State, to be given the chance to develop their potential according to their ancestral beliefs: indigenous peoples did not first come up with all of this when REDD programmes were outlined. These requests are part of the fight that brought the Convention 169 of the International Labour Organisation (ILO) to be signed and ratified. The fight that all Indigenous Communities have been fighting for decades and for which many people and entire communities face violence and death daily. It is the fight that brought to the Baguazo in Peru in 2009, when 41 native people were killed and 150 wounded by the military, whose intervention was authorised by the government.

It is clear that if, and when, the COICA proposal will be implemented, it will put severe limits on the free land disposal that a certain economic trend has welcomed as the most beneficial one for developing countries, recommended as it is by certain international financial institutions, namely the World Bank. It will have to go along with a rethinking of international economic policies and, probably, the re-establishment of a power balance. It is indeed asking for much, but that is what is needed.

How far are we from reaching the goal? Very far.

The woman in the centre is Maxima Acuña de Chaupe, a notable figure in her work protecting her land from a multinational.

During the COP20 in Lima in December 2014, for the first time official space was given to indigenous peoples, through the institution of the Indigenous Pavilion. They were not given the chance to have their proposals heard by governments, who were debating in a meeting next door, but their presence, their existence, was at least recognised. Is this a timid sign that something is changing, that someone is keen on listening? Maybe, or maybe not. We’ll wait and see.