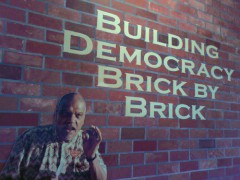 The “rollback” of democracies has always been a part of history ever since the concept was conceived. However, there have been both successful and unsuccessful attempts to sustain democratic processes for the benefit of society and the people. Whether successful or unsuccessful, such efforts are always commendable. The development of a sustained democracy is a slow evolutionary process with many phases and stages. In the case of Pakistan, we have had many roll backs since 1947 – the year Pakistan was born. Authoritarian rulers and dictators have sabotaged democracy four times in the course of the country’s history. Even so, the awareness that “rollback” has more negative than positive effects helps to save the current democratic system from erosion, even though it is under harsh criticism for many of its policies. I believe that this awareness is the starting point  for putting the democratic system on the right track.

A couple of instances will serve to show that democracy is slowly gaining strength in Pakistan. The NFC award is symbolic of financial justice as it reviews the formula for the distribution of funds, taxes and other monetary assets among the Center and the Provinces and the four federating units of Pakistan. Dictatorial regimes have hesitated to delegate this award to the provinces because they wanted to keep power to themeselves by withholding equal distribution of money. Thus the NFC award process only gains strength when the people and justice oriented approach of a democratic system is in place. The second milestone achieved is the approval and implementation of the 18th and 19th amendments to the constitution which mark a new era in the history of our democratic system. The 18th amendment – the most significant one – curtails the right of the President to declare a state of emergency, enhances the autonomy of the provinces, and, most importantly, closes the door on any future dictatorial regime. These rulings have helped to keep the political system intact and are further strengthened by support from the opposition.

The opposition does not want to see a democratic rollback because the people of Pakistan have taken a very firm stance that authoritarian rule shall not take over again. However, constructive criticism is still coming on the policies of the government which is being given time to rethink, review, and make amendments (the case of NRO and resistance to the hike of petroleum prices are two examples).  Where the democratic government stumbles, the Supreme Court and the opposition tries to restore the balance. Not to forget the role played by the media in disseminating information to the people of Pakistan. I believe that transparency has been assured by both media and judiciary who stand for democracy and are against the role of non-political forces (the establishment). The free media has also enabled the Supreme Court to take notices on its own (suo motu) of certain events to distribute justice among the people.

In the end, I believe, it is all about JUSTICE. If a system has started treading the road toward justice, it can indeed be said to be moving on the right track.