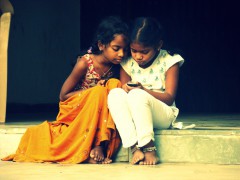 Information and communication technologies (ICT) are essentially, ‘tools’, and a tool is essentially neutral. It’s a matter of ‘who is using the technology and to what end’ rather than ‘which technology’ that provokes questions about vulnerability, threats to freedom and so on.

However, ICT differs from most other technologies in one key aspect – in the virus-like efficiency and resilience it has exhibited in being integrated into humanity’s social and economic fabric. No other technology has altered our world view, our way of  life and our economics as much as the connected world of ICT. Anxiety about our vulnerability and the threats to our freedom and privacy is a natural reaction to the sudden changes brought about by ICT. We are living in amazing times – times when the course of evolution of ICT will be charted. The decisions and actions taken now will affect our future profoundly as ICT get more entrenched in our sense of being.

I will give a few examples from India to illustrate how profoundly  ICT is shaping our world.

First – the importance of ICTs

I work in an advertising agency and am sharing here just the topline findings of the qualitative research we did recently to try and understand the importance of cell phones in the lives of the average middle class Indian. (It’s a hot topic for research, some of the reports can be found here, here and here). In this exercise we took away cell phones from a few volunteers for three days and recorded their feelings and emotions about the absence of their cell phone. The results were astounding: their lives really were significantly affected by the absence of their phones – they became anxious and unhappy about the loss. Daily chores and interactions were hampered. Anxiety levels rose alarmingly as we are no longer used to entertaining uncertainties about the whereabouts of our loved ones and  always plan our day on the move. Deprivation of mobile phones led to visible withdrawal symptoms among the participants of study. The cell phone is now a part of an entrenched physical habit, the absence of which creates physical tension and reactions such as automatically checking our pocket to see if the cell phone is still there or not.

Our study conclusively indicated that mobile phones are now an integral part of our very being that shapes not just our actions and interactions but also our sense of self and our relationships. We are vulnerable and under pressure when deprived of our own very personal mobile phone.

Everyone loves their phone by Ajinkya Pawar

In April last year, the Indian government issued rules demanding internet service providers delete information posted on websites that officials or private citizens deemed ‘disparaging’. Last year, it threatened to shut down Blackberry services in India if its manufacturer, Research In Motion, did not allow government officials greater access to users’ messages. Later in the year, Union Communications and the IT Minister Mr. Kapil Sibal came under immense criticism from the online community over government attempts at censoring and monitoring online content.

Though these matters are yet to be resolved, the strong reaction from social media platforms against any kind of censorship or monitoring is a telling  indicator of how we relate to ICTs: they are integral to us, and monitoring ICT is akin to violation of our privacy and freedom of speech.” What we now need is a more comprehensive debate and an understanding of the new shift in our notion of boundary, propriety and freedom.

For most of human history, the majority of humanity has lived wretched lives – barely surviving. Most people never even knew about the opportunities the world had to offer to them, let alone have the means to access them. They never knew of their right to exploit these opportunities either. Thanks to ICT the situation is changing. Take, for example, the farmers from the Sangli district in Maharashtra who used Facebook to create a community of farmers who share their knowledge of farm produce prices.Low cost telephony has revolutionized the trading paradigm as even the smallest retailer and producer of goods and services in the country is able to reach the market where demand resides.

In short, I believe that the ideas of human dignity, equality and power of self determination that were born with the European enlightenment, have now truly found their voice with the birth of digital technology. As we gradually comprehend and absorb this notion, we have to be aware of the many complexities that it engenders – the notion of freedom, the notion of identity, the notion of boundaries and so on. We should never forget that it is we ourselves who are charting the course towards a possible utopia or dystopia, not the technology.