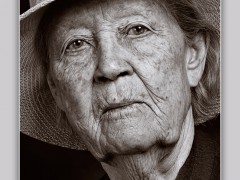 Photo taken by Albert-Smirnov on deviantart. Published under a CC BY-NC-ND 3.0 license.

Ana Rosa, 78 years old, is a Brazilian woman, retired several years ago. She interrupted her studies when she was only 9 years old, as her school was too far from her home, and she had to walk alone in the dark in the morning to get there.

She grew up, married and had three children. At some point, she began to work at home, sewing for other people. Back then, she could get a job here and there, sewing or cooking, to help with the finances. She never had personal savings, so, today, she lives on the retirement that the Brazilian government pays to women over 60.

João Cândido is her husband. They both have a similar story: he could not finish school either and, throughout his life, worked with his hands to provide for his family. Today, at 79 years old, he also lives on government retirement.

By the way: I am, proudly, the granddaughter of Ana and João.

Like Ana and João, there are millions of Brazilians who depend exclusively on the retirement provided by the government. Without it, they would probably rely on their children to eat and live — as happened not so long ago, before this invention (of paid retirement).

Photo taken by Mimistock on deviantart. Published under a CC BY 3.0 license.

This is one of the best examples of the relationship between the state and its citizens: we people depend on the state. For now, I can work and pay my bills and eat and live. But what about those who cannot? If our society was one of unfettered capitalism, I truly believe my grandparents would not be OK.

That said, it is important to highlight that the social security in Brazil is bankrupt, and it’s not difficult to understand why: if a person starts working at 20, she can retire after 30 or 40 years of work and then live 20 to 30 years relying on retirement. Along with that, we have millions of informal workers who don’t contribute to the social security but who nevertheless can rely on it when needed, since social security is the right of every Brazilian over 65.

Despite my tone, I still believe it’s only fair to offer help from the government when needed.

It’s easy to judge the welfare state in times like these, but we have to consider the people who work all their lives to enjoy it someday. So, from my Brazilian (and probably naïve) point of view, the people — grandparents of millions — should not be blamed for and therefore suffer from the bad decisions made by government and the private sector. The welfare state is one of the greatest human achievements, because it recognizes the people as human beings, not just workers.

If a new model should arise after these crises, it should be one of a more responsible private sector and a more observant state — for its people and its companies. Education, health care, retirement, and even housing and food should be provided rights to every person on earth, regardless of age, gender, or color of skin. And the discussion of whether these rights should be given or taken away goes back to the Middle Ages, when everyone was on their own.

Photo taken by Meglfotos on deviantart. Published under a CC BY-NC-ND 3.0 license.