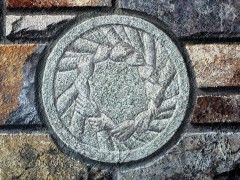 With discord over the policies of austerity racing across Europe and infiltrating US politics, the welfare state has unceremoniously revealed yet another major flaw—it fails to provide social cohesion and directly fosters public strife. During difficult economic times, when people are in the most need of financial, emotional, and communal support, the economics of Western welfare systems have proven unworkable, necessitating policies of austerity. In turn, this has generated massive unrest, spawning a poisonous environment that pits neighbors against each other and has created a public atmosphere of enmity rather than brotherly support. The welfare state has devolved our societies into bestial battlegrounds, where, like dogs fighting over bones tossed aside by butchers, we scuffle over the distribution of our countries’ wealth. This unintended and deleterious outcome is an inevitable result of the creation and expansion of an extensive welfare state because it involuntarily destroys and supersedes the community.

The community [1] is an important pillar of any functioning civil society. However, in modern Western countries it largely ceases to exist. In the United States, for instance, community, as a collective institution, is often confused with the state. This was readily apparent when President Barack Obama infamously claimed “If you’ve got a business—you didn’t build that.  Somebody else made that happen.”  The political right was quick to criticize the president for denying the hard work of the individual businessman. The left retorted that the businessman could not have succeeded without the government’s help. Both neglected to recognize the importance of the community—a separate institution from the state—in helping the individual.

However, the community, intrinsically and historically, has provided tremendous benefits to society. Not only is it able to supply the social safety net functions (and supply them more efficiently!) that a welfare system purportedly aims to provide, but it also supplies innumerable essential, albeit often less tangible, benefits—social familiarity, transference of values, social cohesion, emotional and financial support, identity, social interaction, job connections, and the like—to society that cannot be provided by any other institution, including the state and the individual. Humans, as a social species, need proper community structures to function at their fullest potential.

But as the welfare state grows, it inevitably undermines the community. Political scientist Charles Murray argued that, “[p]eople tend not to do a chore when someone else will do it for them.” [2] If I know my needy neighbor will receive a loaf of bread from the government, I have no incentive to bake him one myself. Yet if there is no system to help my neighbor in his time of need, I will be more inclined to provide a helping hand.

As the impersonal welfare state grows, it replaces these social safety net functions of the community. This undermines a key purpose of community, and begins to fray the bonds that keep it together. Over time, I will have less interaction with my neighbor. Ultimately our community will dissolve. To see this effect, one only needs to look at the diminished role churches, synagogues, philanthropic organizations, social clubs, and similar entities play in today’s Western countries and the concomitant decline in community identification and action. (Now compare this to the communities that arise around the mosque in many Western and non-Western countries to see the counterpoint.)

While my neighbor will get his bread under both systems, much is lost from society with the destruction of the community.  Murray argues that a growing government—the welfare state—actually destroys (or crowds-out) community, demolishing its many positive benefits. He writes:

Individuals are drawn to community affiliations and attach themselves to them in direct proportion to the functional value of these organizations. As people attach themselves to individual community institutions the aggregate intangible called “community” itself takes on a life and values that are greater than the sum of parts. Take away the functions, and you take away the community. [3]

Social cohesion is destroyed when it is replaced by the welfare state. A loaf of bread given to a hungry person by the impersonal government becomes an entitlement. It fails to create any meaningful connection between the giver (the taxpayer) and the recipient and breeds ill will if denied. That same loaf of bread given to the hungry person by his neighbor becomes much more than a meal. It becomes a gesture of kindness, the precipitating act of a friendship, and an opportunity to spread goodwill. In short, it creates and supports a community. In our societies’ misguided attempts to provide (top-down) “help” to the needy, we have atomized our populations and destroyed the social connections that made charity, support, and friendship truly meaningful. We have, instead, created an utter dependence on the government and an impetus for each individual to fight for the limited resources of the state to be directed towards each individual’s needs.

How to build a community / Creative Commons niallkennedy

This has lead to tremendous costs to society and is partially why we are witnessing such strife over austerity. (The media do not help and deserve some blame.) In a society without community, un-socialized self-interest dominates. Without community, the individual tries to claim all he can for himself. Since the welfare state is impersonal, the individual cares little about how his bread is provided. Some other faceless person will pay.

Simultaneously, those on the other side of the argument care little for the ones who claim a need. The needy are just as remote and just as faceless. The taxpayers do not know if the professed need is real or invented. They have no personal connection to the recipient and will never experience the joy on the face of someone their money goes to help. Food stamps do not evoke the same emotion for either the giver or receiver as does a personal gift.

And so the rise of the welfare state and the destruction of the community have left us in an abysmal place. We have lost a crucial element from the structure of our societies and been left with system that lends itself to strife rather than support. Assistance has become impersonal.  We no longer know, trust, or help our neighbors. By politicizing social functions we prevent social harmony.

There is, unfortunately, no easy way back from this circumstance. Austerity, while absolutely necessary, will have its short-run costs. Communities are complex social organizations that must be created from the bottom-up. They will not rush into the void that a retreating welfare state will inevitably leave behind. And yet communities are hard, if not impossible to build in the overarching shadow of the welfare state, the presence of which disincentivizes one of the core functions of community.

If we want to heal our societies and help our citizens, we need to begin rethinking our social safety net model. Among its myriad other problems, the impersonal and arbitrary welfare state has abolished the social cohesion that is necessary in any functioning society. The economic difficulties in continuing to finance these systems and the continual demand for more will only lead to tremendous clashes within Western countries. It will not be easy, but it is not yet too late to restructure our systems.

[1] There is more often than not more than one community in a given society. For simplicity of argument, however, I will refer to it in the singular, as an institution of society.