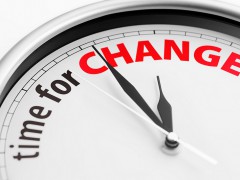 As societies in Europe become older, Central European countries and EU member states as a whole need to find out if they want, and are able to sustain, the state welfare system inherited from the 20th century in a world of global competition.

During the 1980s there was a proverb in Hungary: Life is good as long as Kádár (the communist leader of Hungary from 1956 to1988) is alive. He might not be now but communist nostalgia is alive and kicking in Hungary and in neighbouring countries. Longing for the safety and equality of socialist times is especially strong among those who grew up before 1989.

Sometimes it’s hard to blame them. After all, back then education was free, social mobility was the order of the day (because of the state policy of sending the children of agricultural and factory workers to school and university), and unemployment stood at zero. There were no rich people, but no homeless people either (who were either jailed or hospitalized if they suffered from mental disorders). People could make a living be it ever so humble and the state took care of everything. You didn’t have to think about what tomorrow might bring, so why worry your head about alternatives?

Of course, all of this was economically unsustainable after the oil crises of the 1970s. This facade of a welfare system could only be sustained by raising huge loans from international institutions like the IMF. This was the price Hungary paid for being what was called the “happiest barracks”.

Regime change was not brought to Hungary by a revolution, but rather by an elite of dissident intellectuals. Most Hungarians expected a rapid rise in living standards, but for the most part, this failed to materialise. In such a climate, any “reorganisation” (dismantlement) of the welfare system would have spelled political suicide. Indeed, those governments who tried it failed miserably.

Despite the devastating effects of the economic crisis, there is still no real debate on the viability of the welfare state that is now showing serious signs of collapsing while suffocating the state budget and economic growth. It seems that the government has realised something has to change. The current demonstrations against the reforms in higher education, which would effectively abolish free higher education, are a good lesson for Hungarians. Populist slogans might sound great in an election campaign, but they come with a sobering price tag. The Hungarian government debt stands at around 79% of the GDP at the time of writing. Without decreasing the size of the state and decreasing the debt, real economic growth and a rise in living standards will not be possible.

But whatever happens , there needs to be a clear debate on the viability and future perspectives of the welfare system in the EU as a whole. As David Cameron has pointed out, Britain needs to focus on manufacturing once more, even if this means cutting back on public spending. But this view is hard to sell in countries like France or Hungary, even if failure to embrace it means losing investment. However, Europe probably doesn’t have many alternatives: as the economic centre of gravity moves eastwards, all European countries have to  face the tough choice between the welfare state and global economic competiveness.

Can the aging societies of Europe afford to wait for non-European countries to build their own social networks and lose some of their competitiveness by doing so? The other choice would be the introduction of new, globally competitive legislation across the region, similar to the kind adopted by Germany in the last 10 years. It is true that the Agenda 2010 reforms of the Schroeder government, which deregulated some sectors of the economy and cut back on social spending, have mightily  enraged the electorate. But in hindsight, it was a package of reforms that put the German economy back on track.

History shows that those who just sit back and wait for better times get left behind. The retailoring of the European welfare systems will inevitably be painful for many, but the clock is ticking.