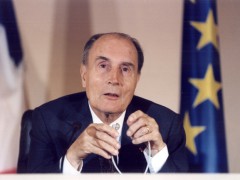 Former Chancellor Gerhard Schröder’s signature “Agenda 2010” welfare and labor reforms may have established the foundations for Germany’s economic success, but these came at the expense of both social security at home and European neighbors abroad. The European Left has yet to recover.

“Europe will be Socialist or it will not be.” Such were the words of François Mitterrand in 1978, the man who would go on to serve as the French Fifth Republic’s first and thus far only Socialist President. Over three decades later, Mitterrand is dead, and there’s not much left of Socialism either. The “really existing Socialism” of Soviet Europe is gone but, more troubling, so is democratic Europe’s tradition of social democracy.

Centre-left leaders govern a tiny minority of EU citizens, being limited to Austria, Belgium and Denmark, often within fragile coalitions. As a result, Europe’s conservatives have been left to manage the eurozone crisis virtually unchallenged and, as it has turned out, they have proven incapable of preventing economic disaster. Europeans face permanent crisis on the financial markets, a double-dip recession that no other region has, and rapidly-rising record unemployment of 10.8%.

But if the right has failed, why is the left non-existent? It was not so long ago that socialist and social democratic premiers such as Lionel Jospin, Romano Prodi and Gerhard Schröder ruled in Europe.

Schröder, Germany’s last social democratic Chancellor, was present at last week’s high-level Belgo-German Dialogue held in Brussels. The debate that was held on his signature “Agenda 2010” reforms (started in 2003) illustrated as well as anything the incoherence of the European Left and, in particular, the near-irreconcilable differences between the French and German approaches to social democracy.

The French Left had always criticized Agenda 2010 for being against the values of social democracy: the ambitious and complex package after all included tax cuts (including a 6.5% point reduction for the wealthiest), labor liberalization, welfare reforms, and an increase in the retirement age from 65 to 67 years.

It was not surprising to hear the Belgian liberal and current Foreign Minister Didier Reynders praise the reforms, congratulating Schröder for, “the joy of seeing, many years later, one’s country becoming a model.” Indeed, Germany’s economic success has made it the mistress of the eurozone and the envy of many other European governments.

However Schröder’s own speech was not without self-criticism. He said the reforms to encourage a shift of the unemployed to the “low-wage sector” were “being abused by employers who are trying to reduce their labor costs.”

Similarly, the facilitation of temporary contracts had led to the replacement of permanent contracts and a more economically insecure workforce. “With this part of the reform agenda we wanted to make it easier for companies to cope with peak workloads. But if companies are going to use the law in order to replace parts of the core workforce, then that is an abuse which must be stopped,” he said.

Philippe Van Parijs, a professor at the Université Catholique de Louvain and Oxford University, painted an even less attractive picture of a country which had gone from being one of the most egalitarian and economically secure to simply mediocre.

He pointed to the OECD’s “Divided We Stand Report” report showing that inequality in Germany had risen from almost Nordic lows to the average among developed countries following Agenda 2010. In addition, both economic insecurity and poverty in the country increased. Another OECD report points to a sharp rise in the poverty rate from 9% to 11% during the early-mid 2000s, making wealthy Germany actually worse in this respect than the average.

All these, by any measure, must be deemed serious failures for any leader who claims to be the heir of German Social Democracy’s venerable tradition. However, they might be tolerable if they were absolutely necessary to the country’s economic success, without which there can be neither job-creation nor growth to fund the welfare state.

The trouble is that many economists believe this economic success came at the expense of other European countries. In this analysis, labor costs in Germany no longer rose in line with the European average, so investment moved from other eurozone countries to Germany, and German growth was driven by exports to the peripheral countries’ unsustainable deficits and economic bubbles. For critics, the Schröder model of growth has something of the appearance vast trans-European Ponzi scheme.

A largely positive article on the German model in The Economist (no bleeding-heart leftists, they), had this to say about its pernicious effect on Europe:

Above all, the country’s hair-shirt philosophy that favors austerity over growth, saving over spending, and foreign over domestic demand has often been damaging. It has held down Germans’ living standards (despite faster growth, personal consumption has risen by less than in the rest of Europe over the past decade). And it has been catastrophic for the rest of the eurozone as Germany has acted, in effect, as a drag on demand.

The worst part however is that now that countries are locked in the eurozone, there are no simple ways of rebalancing trade. They can no longer devalue their currencies to regain competitiveness relative to Germany, nor can the non-existent Deutschmark appreciate. The only possibility is to  pursue what is called “internal devaluation” in the peripheral countries – across the board cuts to wages and prices of 20-30% (which, whatever one thinks about it in theory, is basically politically and socially impossible).

Professor Van Parijs made a damning assessment of how deadly the combination of Agenda 2010 and the euro are for the European social model: There is a “race to the bottom,” as the peripheral countries implement similar inegalitarian cuts to social protections and welfare to again become competitive with Germany, so Germany will want to regain its position through “another turn of the screw” by further weakening its social model.

“Without a major change we are going to stay in this vicious circle,” Van Parijs concluded.

Schröder himself recognized and embraced this logic in his speech, when he urged further Agenda 2010-style reforms for his country “because other European states are now adopting painful reforms and thus improving their competitiveness to the detriment of Germany.”

Towards a new consensus of the European Left?

The European Left’s coherence is becoming an important now that Socialist François Hollande looks likely to win the French presidential elections on 6 May and the “austerity coalition” further weakens with the fall of the Dutch government. Angela Merkel’s ruling coalition will hold election in 2013 where it looks her unpopular free-market allies, the Free Democrats, will be purely and simply eliminated (admittedly much can occur between now and then).

But while it is clear the existing management is failing, what alternative vision, if any, there could be is unclear. There is clearly a new European majority forming against austerity alone. Schröder, albeit no longer in politics, shared part of Hollande’s criticism of the eurozone’s new fiscal discipline treaty saying, “So we need to add a growth component to the thoroughly sensible fiscal compact. And for this purpose we could, for example, use the revenues from a financial transaction tax, which is something that I am in favor of.”

But in other respects, the chasm between governments is as wide as ever. Agenda 2010 shows how great the differences between the French and German centre-lefts can be. But it is hardly the only issue. Indeed, Hollande’s ideas about central banking have more in common with Nicolas Sarkozy, the conservative David Cameron, or indeed Barack Obama, than with Social Democrats across the Rhine.

Hollande has called on the European Central Bank to directly finance states – the way the Federal Reserve, the Bank of England and the Bank of Japan do – but this will never be accepted by Germany. The Germans can quite rightly, point out that this is explicitly forbidden by the European Treaties, the rules of which were, not incidentally, negotiated by the Socialist Mitterrand and ratified by the French people by referendum in 1992.

Europe is necessarily about give-and-take and compromise. Germany has given a great deal over the years, above all financially, but it is also true that the costs of the crisis borne by some countries have been not simply disproportional, but inhuman. One cannot declare that entire nations are doomed to 30 or 50% youth unemployment for a decade without first doing all within one’s power to prevent it. The way forward will require a new European consensus. But if this consensus cannot first be made, between French and Germans within the European Left, then it cannot exist for Europe as a whole.