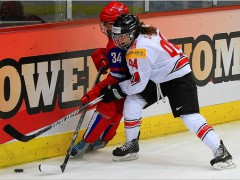 When celebrating the so-called “weaker sex” on women’s day, one should also think about those questions that are surfacing with the changing role of women in society. As the example of some Hungarian women shows, empowerment can bring up some important issues that society needs to address.

Hungary is not a country where there is a lot of talk about feminism, the subject does not enjoy great popularity. During 50 years of communist rule, the gender question was a marginal issue. Since “everyone was equal”, speaking about the disadvantages women faced in society was against the party line and not to be encouraged. So during all the turmoil of the sexual revolution in the west, things were pretty quiet in Hungary and the Soviet block.

The gender question never managed to get into the spotlight after 1989 either. The only issue that that frequently comes to public attention is the issue of domestic violence.  The events of last September shed some light on where the marginalised gender debate stands in Hungary. When the Hungarian parliament was forced to debate whether domestic violence should be a separate criminal offence in September 2012, the MP representing the ruling FIDESZ party in the debate argued that women should first produce kids rather than complaining about an abusive spouse. Pressurized by the subsequent public uproar and demonstrations, the ruling party backtracked on its earlier position, and changed the criminal code.

What happened last September shows the seriousness of the  problems embedded in Hungarian society that are seldom debated. Yes, birth rates have been declining steadily over the last 30 years, but it would be a mistake to blame this solely on the changing role of women in society. It’s not hard to see that there are serious problems with the relationships between men and women. You have only to look at  the high divorce rate to realise that something can’t be right.

There is frustration on the part of women who are thwarted in their attempts to to be treated as equal to men. Women are expected to fulfil a number of roles. They should make a career, be housewives and “good-enough mothers”. To fill all these roles, you would need at least 36 hours to your day. Even so, it is still women rather than men, who study for longer, and end up with higher qualifications.  Thus many women face the challenge of finding the proper spouse, a man who earns as much as she does, who is as educated as she is, etc. As women achieve more, naturally, their expectations increase as well, which doesn’t make it any easier to find the right person in contemporary Hungary.

Yet men are frustrated too. As I described above, the new phenomenon of  “power women” who chase their dreams, go to university, make a career and earn lots of money, leaves many men feeling baffled. This causes a number of problems. Men can have a feeling of inferiority in relation to these fabulous and successful women, who may indeed find it difficult to settle for someone not in their league. But where would these good-enough men come from? Nobody knows.

These days many young well-educated Hungarian women say that what they need is a “real man”. But what should a “real man” be like? Should he be a masculine “power male”, a worthy match for the “power woman”? As statistics tell us, few such creatures exist. Or should he be a person who is ready to play a supporting role, put his career on hold and sustain the family in order to allow his partner to return to work? Is this possible in a society deeply imbued with traditional attitudes?

It seems like society has one foot in the past and one foot in the future. As women are expected to play a more masculine role, people from both sexes will have to adapt to the new realities. In these times of economic insecurity, being able to find the right roles in a relationship will be crucial for the future sustainability of society.