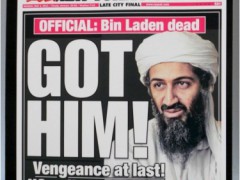 The two New York towers burning in the September sunlight have become a symbol of the so-called “war on terror”, obscuring the reasons for the disaster and the new reality that emerged once the dust settled. Besides galvanizing emotions and new political movements under their apparently unifying force, how did this symbol impact me – a teenage girl in a country in Europe never directly affected by the terrorist threat?

A familiar image: As a 15-year old, I startled in shock watching the images of two towers engulfed in smoke on the TV screen – uncanny in their science-fiction quality. The impact was indeed as profound in Poland as it was elsewhere in the world. In the words of John Gray in his RSA speech earlier this month, the “sacred fetish of our civilization” was attacked – not only the colossus of the United States which suddenly appeared to have feet of clay, but also the symbol of Western prosperity.

The next day classes were cancelled and students gathered to discuss what had happened. And this is when the first inklings of what was to come became apparent. I still clearly remember the roundtable at which we sat. The conviction with which my classmates argued that Saddam Hussein is a serious threat to “us” and that Iraq should be immediately invaded came as a surprise, welcomed first with a smirk and then with a nervous gulp.

After the initial shock and grief, this was how 9/11 tangibly impacted me. As the views of teenagers tend to reflect the views of their parents, Poland later joined the “coalition of the willing” and the rest is history. Although only 15 years old, I did feel suspicious of how quickly a symbol of evil – the two burning towers – could become an instrument for legitimizing more evil – the by now infamous invasion of Iraq.

This feeling might not have had any direct effect on my choices and my everyday life afterwards. I went on to live in all the major capitals under heightened terrorist threat. I was in London during the bombings, later I moved to Paris, Berlin and Washington DC. And it is in Washington DC where my 9/11 story came full circle.

It was here that the death of Osama Bin Laden – the mastermind of the attacks – was announced on May 2, 2011. Despite the automatic sense of relief, similar to the deceptive feeling when a mosquito’s humming in the dark suddenly stops, the ecstatic chants “U-S-A” from the masses spontaneously gathered in front of the White House following the President’s announcement of the successful execution of bin Laden were more spooky than exhilarating. These images of crowds of young people overtaken by joy, dancing and proudly waving American flags in celebration of what still remains an extrajudicial killing on foreign soil became a new symbol for me.

More on the topic: