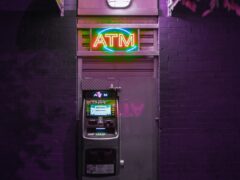 It was pretty delightful, the time we spent together was indescribable. Mr Welfare had really committed, promised me that he was there to support me describing himself as “responsible for the development of service delivery policy and provides access to social, health and other payments and services.” So I thought, “GREAT!” Someone who is invested and interested in my social wellbeing and health and can actually deliver support for this. Just what you want in a relationship! I was so happy.

It started off a little like this, we were happy. We held hands together. He was Mr Welfare and I was Miss Society (no folks! no ring on that finger yet!)

I looked at Mr Welfare with so much admiration. He was so devoted to me and listened to me and my worries and said, “No worries darling, I’m here to support you. That’s my job!” I melted. My heart palpitated. I knew that I could put my trust in Mr Welfare.

But I guess…well…I was wrong. It seemed like he started to bore of my visits. He started turning cold. He almost lost complete interest in me! I don’t know what I had done. I just kept doing what I had always done, nothing had changed. I thought he was supposed to support me? Isn’t that what he had promised at the start?! Wah! We split. He gave me the cold shoulder and left me a crying mess!

I lost myself. I was a complete mess. I couldn’t and didn’t even have the energy to brush my hair. I used to have pretty little red bows in my hair and now my hair was a frazzled mess. Mr Welfare had left me. Out on my own. I had nowhere else to go.

That was it. I gave up on WELFARE. It had promised SO MUCH, delivered a little and AS SOON as I needed just a little more, just a little more support…it was cut off. Like the way you chop carrots, with force and near anger!

Finally, there was some communication. Mr Welfare gave me a call, saying something along the lines of “Look, there’s a great way you can get some support. The kind of relationship you’ve been looking for. Something I just can no longer provide for you. They will come and see you soon.”

“Well they better bloody do so!” I yelled down the phone. Then I slammed the phone down. How dare Welfare leave me alone like this. Grr.

But then it came. Like a ray of light. The support Mr Welfare said would come. It came like a rolling wave, with much strength and so much confidence and…well…money.

Was my happiness to return?

Private Welfare appeared and I felt like I was no longer alone.

Private Welfare’s confident and positive stride, well groomed nature and expensive clothes and business tie made me blush. I was no longer looking away, I was slowly turning around again and feeling better than before. Private Welfare promised me so much. Private Welfare told me Mr Welfare was “inefficient, heavily regulated and short term.” I believed him! Mr Welfare certainly seemed that way just before our relationships ended.

I was totally and completely smitten!

Money was flowing and hearts were dancing. I felt I had a partner, a relationship again.

I didn’t want this to end. All my comforts, luxuries and needs and wants were met. Whatever Private Welfare was doing to keep this happening, I needed it to keep going! Mr Welfare was no longer interested in making me feel this way, so he gave up. Private Welfare was a much easier way of meeting these needs! I revelled in it!

Despite my happiness, despite the dollar signs and hearts dancing around my very core, I just couldn’t keep the little question at the back of my head from reappearing persistently. The question…where was all this coming from? Who was providing me with this really? How long will it last? Why couldn’t Mr Welfare provide this for me? It was just too much of a scary question to try and answer and it loomed over my head and just stood there facing me like a big, ugly monster. A big question mark.

Where was the money coming from? Who was accountable for this? Did I have a say in the way money was made?

This story aimed at describing the way social welfare in Australia is transforming. The way that governance and the relationship between the state and its citizens is rapidly changing. In Australia, it’s cheaper, easier and makes a lot more money for the state if public services are cut and they become privatised. But at what cost?

Our welfare system speaks for itself – long waiting queues, ridiculously low payments for single parents and those looking for work and unrealistic punishments for those who make mistakes. The payments are so low that it equates to living on $35AUD a day, when in Brisbane, QLD a one way fare to the CBD will cost you up to $5.60AUD from 7 kilometres away with rents up to $200AUD per week.

If you want to travel from further away with cheaper rent, you could be looking at a one way fare of up to $10.40AUD.

The relationship between the state (Mr Welfare) and its citizens (Miss Society) is crumbling.

Meanwhile in Queensland, the state is massacring our health system by “sledgehammering healthcare“, removing nursing staff but propping up hundreds of environmentally disastrous mining projects and putting the Great Barrier Reef at risk!

Two bloggers from Australia have already written about services provided for indigenous Australians by private companies and mining companies at that! One of the most politically divisive topics in this country.

If these services are privatised, to who are they accountable? How will they function in such market volatility? Will citizens have a greater say in how they function, organise and are governed?

Private companies may be efficient and successful in providing services but that’s not what we vote for when we vote for good governance. We expect that our tax dollars are going somewhere, to services that support us, keep us healthy, education, transport and infrastructure. Australia is quickly transforming and its not looking good for its citizens. In this writer’s opinion …..the social welfare state is not rising supreme, it is being taken over by some form of unfettered capitalism with increasingly minimal state involvement.

*All illustrations by writer.