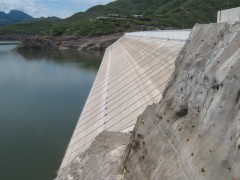 The ancient México-Tenochtitlan was created on the lake of Texcoco. There, the Aztecs –our grateful ancestors– worshiped Tlaloc, the god of rain, a creator of life. Hundreds of years later Mexicans have forgotten that with great natural resources comes a great responsibility, and, even though 2009 brought the worst drought in Mexican history, “immediate action” hasn’t come quickly.

For our grandparents, lack of water in Mexico was unthinkable, but now things have started to change. It is expected that by the year 2030, Mexico’s population growth will reduce the average water availability per capita drastically, from 4,312 m3 each year to 3,793 m3 according to the statistics given by the CONAGUA.

Even though it is true that Mexico today can still cover its water demand, and that sometimes water even floods the streets, the quality and amounts of water available are becoming increasingly closer to crisis not only in the north and center –where an arid and dry climate doesn’t favor the existence of water– but also in the south, where almost 69% of Mexico’s reserves lie.

Mexico City is a perfect example of a city with significant water potential but major infrastructure problems. There the urban growth makes it impossible to clean water by natural methods such as increasing the amount of protected natural areas. The bad planification of the sewer system makes it impossible to create suitable infrastructure without having to rebuild the entire system. Even the ground is sinking approximately 10cm each year in the downtown because of the system’s leakages, which represent more than a 40% of our water loss in contrast with states such as Monterrey or Tijuana where a 0% loss has been achieved.

To make the situation even worse, its geographical position along with the enormous amount of people living there makes providing water a challenge in spite of the high –but not-so-effective– investments that have been made on the Cutzamala system and its infrastructure.

By now, the government has started to work in Mexico City to increase the amounts of water that are treated for reuse from 36% to 60% by the end of 2012. Also, the “Special Program for Water, vision 2012” implemented by the SACM has started searching for other available nearby sources of water, thus initiating the first steps in creating the necessary infrastructure for achieving this goal.

Finally, the campaign “Water is part of your family, take care of it” created by the national government has tried to educate citizens –mostly children– of the situation, teaching them diverse methodologies for saving water, such as ecologic showers, closing the taps and washing the car without a hose.

Even though Mexico’s government has been trying extensively to save water, it is necessary to remember that solving Mexico’s water crisis is a two-way solution. On the one hand the authorities must not only speak, but also find intelligent ways to achieve their promised goals. On the other hand, ideas will be implemented only if Mexican citizens call for action and support the government’s efforts by limiting their consumption, and, most importantly, by sharing sustainable practices and lifestyles with one another.