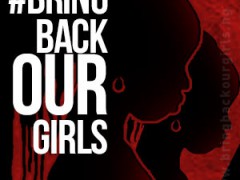 This post was inspired by a session I listened to called “Revolution postponed: The Arab Spring and Africa” at the just concluded Global Media Forum hosted by Deutsche Welle.

Who provides the worldwide acceptable definition of the word ‘Revolution’? Who owns the word? Is it Tunisia, because they pretty much started the wave the world now refers to as the ‘Arab Spring’? Is it Egypt because amongst other things, their agitation produced some of the most famous ‘aww-inducing’ photos? Think Muslims praying and Christians forming rings of protection around them, and vice versa.

What disqualifies countries like Ethiopia, Nigeria, and Angola (amongst others) from laying claim on the word ‘revolution’? The fact that there doesn’t seem to be tangible outcomes from them? Are their voices and stories to be discounted because of predictions by government that came true? In 2011, the late Prime Minister of Ethiopia Meles Zemawi said of the ‘Beka’ (Amharic for ‘enough’) protests – “we are not worried that there will be a North Africa-type revolution in Ethiopia; it’s simply not possible”. He was right, because the protests died after one night. Does that cancel out the frustrations and yearnings of the people?

Are the unrests in Ukraine, Iceland, and even Sweden to be discounted because they occurred (and are still on to an extent in Ukraine) in the developed world?

Why/how is a revolution successful?

In Nigeria for instance, where the January 2012 #OccupyNigeria protests forced the hand of the government to partially reverse the subsidy removed on petroleum products, would the parameters for ‘success’ still be hinged on the outcomes from an Egyptian or Tunisian demonstration?

What’s the place of social media in activism and revolutions – do they enhance visibility or has it created more pen-warriors to the detriment of actual people on the streets?

Again, what determines the success of a campaign activated online? The #BringBackOurGirls campaign out of Nigeria that 80 days on, hasn’t recorded much mileage besides exposing the hitherto shielded ineptitude of a government that’s obviously beyond embarrassment, or the not-as-loud #BringBackOurBoys campaign for the three teenage Israeli boys kidnapped and eventually murdered (allegedly) by Hamas operatives – what are the indices for success?

There are several factors that determine what a revolution is, and the truth is these factors are best defined by the people involved; we must respect their struggle and not rush to name or apply labels we will end up condemning because they do not pander to the script we have written.

Religion, culture, the ignition of the protest/uprising/agitation (no I won’t mention ‘revolution’), system of governance in place (democracy, monarchy, etc.), are just a few of the factors that impact on the duration and intensity of these things, and they must not be overlooked.

More importantly, Africa is not one country – it is 53 geographical entities filled with diverse people sporting different ideas, cultures, literacy levels, methods of governance and cohabitation, internet and social media penetration levels, etc. Zimbabwe’s agitation over diamonds does not (in any way) mirror the struggles of Nigeria’s Niger Delta region over oil and oil proceeds, and vice versa.

Social media is an evolving resource in the hands of African countries, and use/function in campaigns will evolve with time and as people become better informed about the commensurate offline efforts that must accompany online vituperations for them to be successful.

Till then, let’s go easy on the labels, shall we?